The government says the new rules will help protect the nation's waters from pollution and development, and safeguard drinking water for 117 million Americans. 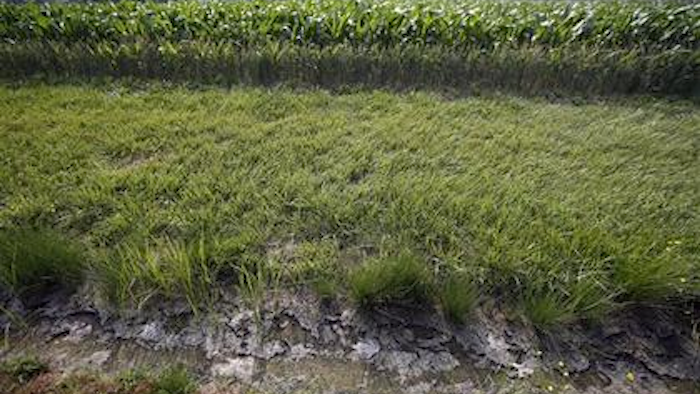 New federal rules to protect smaller streams, tributaries and wetlands took effect on Friday — but only in some states.

A federal court ruling Thursday, hours before the rules were to go into effect, blocked the regulations in 13 states. Those states had sued the Environmental Protection Agency and the U.S. Army Corps of Engineers, arguing that the rules are federal overreach and could be costly and confusing for landowners.

The government says the new rules will help protect the nation's waters from pollution and development, and safeguard drinking water for 117 million Americans.

Things to know about the new rules and court action blocking them:

The regulations issued by the Environmental Protection Agency and the U.S. Army Corps of Engineers in May aim to clarify which smaller waterways fall under federal protection after two Supreme Court rulings left the reach of the Clean Water Act uncertain. Those decisions in 2001 and 2006 left 60 percent of the nation's streams and millions of acres of wetlands without clear federal protection, according to EPA, causing confusion for landowners and government officials.

The new rules would force a permitting process only if a business or landowner took steps that would pollute or destroy the affected waters — those with a "direct and significant" connection to larger bodies of water downstream that are already protected. For example, that could include tributaries that show evidence of flowing water.

Despite the EPA's assurances, opponents fear a steady uptick in federal regulation of every stream and ditch on rural lands.

More than half of states have sued the EPA in hopes of delaying or blocking the rule. State officials from Georgia to New Mexico to Wisconsin have suggested the regulations could be harmful to farmers and landowners who might have to pay for extra permits or redesign their property to manage small bodies of water on their private land.

The federal ruling Thursday was in North Dakota, where officials from that state and 12 others argued the new guidelines are overly broad and infringe on their sovereignty. U.S. District Judge Ralph Erickson in Fargo agreed that they might have a case, issuing a temporary injunction.

The EPA said after the ruling that it would not implement the new rules in those 13 states — Alaska, Arizona, Arkansas, Colorado, Idaho, Missouri, Montana, Nebraska, Nevada, New Mexico, North Dakota, South Dakota and Wyoming.

Several other lawsuits remain, from other states and also from farm and business groups.

In Congress, House Speaker John Boehner, R-Ohio, has called the rules "a raw and tyrannical power grab." The House has passed a bill that would block them — legislation the White House threatened to veto.

A Senate committee has passed a similar bill that would force the EPA to withdraw and rewrite the rules, and opponents are pushing the full Senate to act this fall.

The Senate bill has some bipartisan support. North Dakota Sen. Heidi Heitkamp and Indiana Sen. Joe Donnelly, both Democrats, have backed the legislation, saying the waters rule is a top issue they hear about from their agricultural constituents.

"It's the perfect example of the disconnect between Washington and rural areas," Donnelly said earlier this year.

Defending the rule in North Dakota, the government argued in court that the new rule clarifies some of the ambiguity in the law and actually makes it easier for the states to manage some waterways.

Government lawyers said during a hearing in Fargo last week that North Dakota's objection wrongly assumes some bodies of water will be affected. They also argued that the state is already going through some of the permitting procedures they're complaining about.

Since the rules were originally proposed last year, the EPA has been working to clear up some misconceptions, like some critics' assertions that average backyard puddles would be regulated. Farming practices currently exempted from the Clean Water Act — plowing, seeding and the movement of livestock, among other things — will continue to be exempted.

"We believe we have largely retained the status quo in terms of what a farmer would have to do under the current rule and the new rule," said Ken Kopocis, deputy assistant administrator of the EPA's Office of Water.