Researchers with the U.S. Department of Energy & hellip;

Researchers with the U.S. Department of Energy (DOE)’s Lawrence Berkeley National Laboratory (Berkeley Lab) have shed light on the role of temperature in controlling a fabrication technique for drawing chemical patterns as small as 20 nanometers. This technique could provide an...

Researchers with the U.S. Department of Energy (DOE)’s Lawrence Berkeley National Laboratory (Berkeley Lab) have shed light on the role of temperature in controlling a fabrication technique for drawing chemical patterns as small as 20 nanometers. This technique could provide an inexpensive, fast route to growing and patterning a wide variety of materials on surfaces to build electrical circuits and chemical sensors, or study how pharmaceuticals bind to proteins and viruses.

One way of directly writing nanoscale structures onto a substrate is to use an atomic force microscope (AFM) tip as a pen to deposit ink molecules through molecular diffusion onto the surface. Unlike conventional nanofabrication techniques that are expensive, require specialized environments and usually work with only a few materials, this technique, called dip-pen nanolithography, can be used in almost any environment to write many different chemical compounds. A cousin of this technique — called thermal dip-pen nanolithography — extends this technique to solid materials by turning an AFM tip into a tiny soldering iron.

Dip-pen nanolithography can be used to pattern features as small as 20 nanometers, more than forty thousand times smaller than the width of a human hair. What’s more, the writing tip also performs as a surface profiler, allowing a freshly-writ surface to be imaged with nanoscale precision immediately after patterning.

“Tip-based manufacturing holds real promise for precise fabrication of nanoscale devices,” says Jim DeYoreo, interim director of Berkeley Lab’s Molecular Foundry, a DOE nanoscience research center. “However, a robust technology requires a scientific foundation built on an understanding of material transfer during this process. Our study is the first to provide this fundamental understanding of thermal dip-pen nanolithography.” 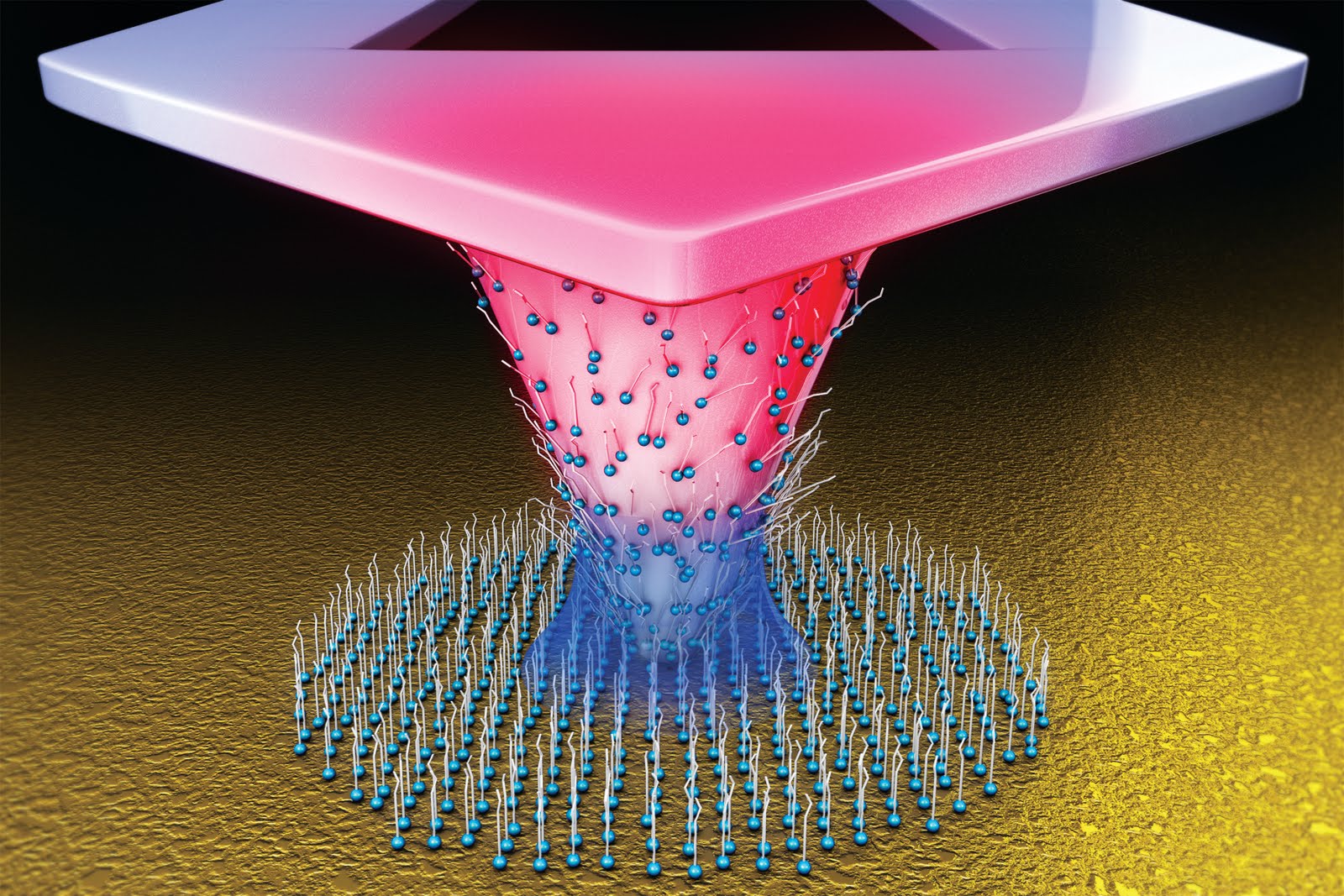 Thermal dip-pen nanolithography turns the tip of a scanning probe microscope into a tiny soldering iron that can be used to draw chemical patterns as small as 20 nanometers on surfaces. (Image courtesy of DeYoreo, et. al)