The Two Faces Of U.S. Manufacturing

The fact is that our trade and economic policies – or lack thereof – are the primary cause of stagnant manufacturing growth in this country. We in and of manufacturing find ourselves in an environment of two camps, vying on many fronts for supremacy & influence. And, these days, it sure seems like the inmates are running the asylum. 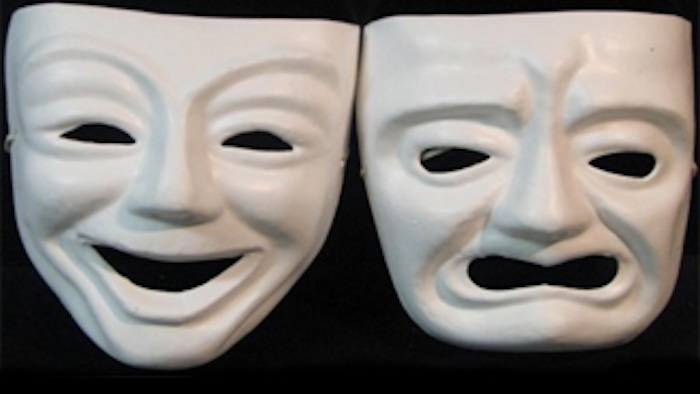 The fact is that our trade and economic policies – or lack thereof – are the primary cause of stagnant manufacturing growth in this country. We in and of manufacturing find ourselves in an environment of two camps, vying on many fronts for supremacy & influence.

And, these days, it sure seems like the inmates are running the asylum.

On the one side, there are the consumer economy & free market economists – who believe a services-based US economic utopia is not only sustainable but is a also a wealth generator. Let’s call them Pure Economists (PEs). They see the loss of manufacturing the same as our shift from an agrarian society, inevitable and preferred (although the US is still the world’s top exporter in this regard). To them, the global distribution of industrial capacity will create new markets, lower costs, and create a universal tranquility – countries will play specific roles and will feed global supply and demand chains as one, organic unit. (PEs also include many government entities that respond to this influence and support these initiatives.)

On the other, there are the makers. The creators. Let’s call these folks Pure Manufacturers (PMs). The people that buy the equipment, run the plants, compete for work or market share, and employ other makers to serve and advance the enterprise. Oh yeah … and to make the stuff that brings in the dough that the bean-counters count. This is the side that understands intimately the effort, challenges, and complexities of translating raw materials via technology into valuable stuff.

The struggle in the US between these two groups is as old as the US itself. As a matter of fact, it’s as old as civilization. But these two perspectives are equally necessary to create a balanced, healthy society and the economy that it serves. It’s that balance between the sides where most value is attained.

But something has changed, and it is this fact that causes me to wanna slap a puppy: one side has almost completely dominated the influence, governance, and control at the expense of the other.

This domination can be seen and heard in many subgroups and sectors of the US manufacturing strata:

Here’s an example of the chasm between PEs vs. PMs: A recent, popular PE explanation for the loss of manufacturing jobs over the last 20 years is that automation has simply resulted in the need for fewer shopfloor workers. The danged argument just won’t go away. Well, let’s try this again (I’ve already challenged this assumption once in a previous post). Check out this graphic, with manufacturing jobs data from the BLS:

Let’s look at manufacturing employment from 1939 to now. In the chart above, the blue lines indicate recessions in the US economy. From the outset of World War II, manufacturing maintained robust employment – with few exceptions – for the next 50+ years. As an example of formidable technological impact, I’ve included the introduction of mass computer numerical controlled machining technology in the manufacturing markets (green line).

So here’s the rub – in all that time, automation remained stagnant enough to have no impact on employment? The introduction of CNC machine tool and production line & material handling automation had no impact on manufacturing labor until the last 10 years? Who – that has any sense of how things are designed and built – really buys this? We’re expected to accept the PE premise that some heretofore unknown breakthrough suddenly transformed us or was finally mastered to allow us to create that which we consume and use, with this drop in employment?

Well then, beam me up. Please.

The fact is, moving production offshore resulted in our job losses to levels not seen since before WWII. And if people aren’t still critically important to making things, why did we move those manufacturing jobs to be performed by other people?

Look, balance is key. But we’re not getting much of that these days. Not in government, not in business, not in politics, and we sure aren’t getting it in finding solutions to our manufacturing malaise. Instead, economics metrics and perceptions are dominating our conscience. We must make room again for manufacturing’s influence on policy.

Life, business, and the open debate our culture embrace make for messiness. That’s the way things are supposed to work. We slug it out, and we find solutions. Or at least we should be.

Both PEs and PMs are necessary to find sustainable solutions, not just one side. I don’t want a PM developing intricate economic policy, anymore than I want a PE setting up a 5-axis Mori that’s gonna cut parts for the airframe of a plane that’s gonna carry my son through the sky at 600+ mph.

These two sides need to start facing off and working together. If not, we’re doomed to barely distinguishable recoveries, lethargic job growth, and no beans to count.