There is a lot of buzz about the manufacturing industry and where it seems to be headed in the future. One source says that the skills gap is so great that growth is impossible. Another says that manufacturing’s comeback is not so very far off in the future.  Manufacturers wish they could just know the answers so they can make the decisions to drive their business into the next year and beyond. 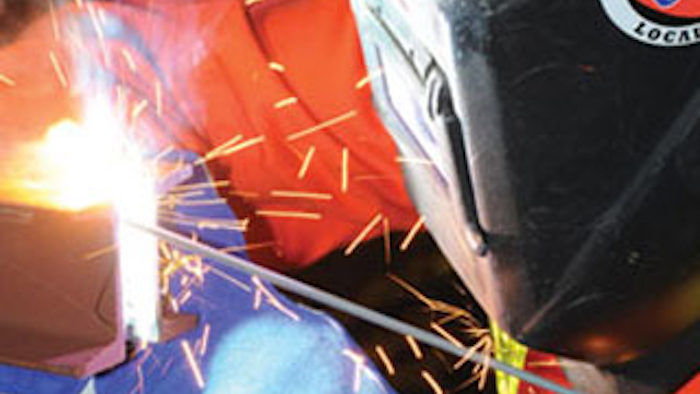 There is a lot of buzz about the manufacturing industry and where it seems to be headed in the near future. One source says that the skills gap is so great that growth is impossible. Another says that the gap is not nearly so large, and consequently manufacturing’s comeback is not so very far off in the future.  Manufacturers and distributors wish they could just know the answers to all of the questions so that they can make the decisions to drive their business into the next year and beyond. Unfortunately, they are waiting on Congress and the White House to make some decisions first concerning the fiscal cliff.

Recently, the Manufacturers Alliance for Productivity and Innovation (MAPI) and the National Association of Manufacturers (NAM) released a sixty-five slide presentation called Facts About Modern Manufacturing. In the release, the report highlights manufacturing’s importance to the U.S. and global economy. The report covers sectors like "Economic Growth and Innovation."

In the topics of "Trade and Investment" and "Competitiveness" highlighted in the report, something interesting to note in the is that “in 2000, U.S. manufacturing exports were more than three times larger than China’s, while in 2011. Chinese exports were 21 percent higher than those of the United States.” Also, structural costs – incorporating tax liability, benefits, litigation, and regulatory compliance – are up significantly. The numbers for U.S. manufacturers have risen, and “Taken together, these structural costs were 20 percent higher in 2011 than for the major competitors of the U.S.” This number is up from 17.6 percent four years ago.

What do these numbers say about manufacturing markets across the globe? MAPI argues that it seems to indicate that the U.S. economy is in the midst of a big transition. In a report on Monday, November 26, the Alliance indicated that if the fiscal cliff can be avoided, the U.S. economy could finally pull out of the sluggish growth of the past few years and into a “longer period of moderate growth.” MAPI's Quarterly Economic Forecast posits that inflation adjusted gross domestic product (GDP) will expand in coming years, 1.8 percent in 2013 and by 2.8 percent in 2014.

MAPI Chief Economist, Daniel J. Meckstroth, Ph.D. notes that “much of the outlook is predicated on political dynamics” aw well as the ability of the different sides to compromise in order to avoid the fiscal cliff and create a long term deficit reduction plan.

Despite uncertainty over the outcome in the weeks leading up to the new year, MAPI did forecast a net increase in manufacturing sector hiring, projecting 163,000 jobs to be added in 2013, with the numbers rising in 2014 and 2015, before tapering off again in later years. In line with the expected data on the job market, MAPI also predicts equipment expenditures to be up in significant numbers, advancing by 5.2 percent in 2013 and 8.6 percent in 2014.

All manufacturers and distributors are also keeping an eye on the price of oil - consequently, the cost of doing business. Crude oil’s price per barrel is expected to average $90.5 per barrel in 2013, before dropping slightly in 2014 to $87.60.

In a September 2012 report by Spend Matters in conjunction with MetalMiner, it is reported that raw materials prices were expected to be fairly stable over the coming twelvemonth period, with steel, zinc and lead predicted to have relatively flat price outlooks. Stainless steel prices are expected to stay neutral or drop lower, while aluminum and copper may have a tendency towards rising. If this proves to be the case, some much needed relief from rising prices in recent years will benefit manufacturers, distributors, and ultimately, the consumer.

Consulting firm Deloitte published the 2013 Global Manufacturing Competitiveness Index, highlighting areas in which over 550 CEOs across the globe weighed in on where they see manufacturing headed over the next one to five years. The results were both expected and shocking, with consistencies with years past overshadowing the new data.

To no surprise, China was once again ranked the most competitive nation in the area of manufacturing, and is expected to be in the same position next year and five years from now. What was unexpected is the number of individuals that project the Americas, including the countries of the U.S., Brazil, Canada, and Mexico, will continue to grow competitively, with the four countries being in the top fifteen of the most competitive within five years. Brazil is expected to jump from number eight on the list currently, to number three in that time frame, while the U.S. is predicted to fall from number three to number five, Canada from seven to eight, and Mexico from twelve to thirteen. Greece is currently listed as the least competitive nation out of the survey, and is predicted to be so in five years as well. Germany remains the only European country to make the top fifteen, but is predicted to fall from slot two to slot four in the next five years.

Other interesting data from the survey is the contrast between labor cost and labor productivity. While labor costs in the U.S. and Canada are higher, the U.S. at 35.4 dollars/hour and Canada at 38.3 dollars per hour, countries with a higher cost also have better labor productivity levels per capita. The U.S. leads in this area, with a score of 68.2 GDP per employed person in 2011, while they are only fourth in most expensive labor cost. Consequently, India has the lowest labor cost out of the data, paying only .9 dollars an hour in 2011, and they feature the least productive score of 8.9 GDP per employed person in the same year. Also interesting to note is that these two countries rank first and last in the category of Quality of Life as reported by CEOs in the study, with the U.S. having a score of 86 out of 100, while India’s is only 50, well below the average of 66.

The report by Deloitte also looks at what CEOs rank as the key drivers in competitiveness, and there were some drastic changes in the data this year. The report states “subtle shifts in the overall ranking suggest that the normal factors of production including the costs of labor, materials, energy and other related items, which can be directly managed and controlled by a company, are far less concerning to CEOs than the many other government and public policy driven factors outside of their control and outside of their influence.”  Innovation still ranks as the most important, remaining the factor most likely to influence a country’s success in manufacturing. Ranking second, not surprisingly, is "Economic, trade, financial and tax systems", the category that appears to be almost entirely outside of the CEOs realm of control.

This brings the issue full circle around to the fiscal cliff looming over the heads of businesses in the U.S. and those all over the world. The data suggests that manufacturing, and specifically American manufacturing, should be on the rise and retaining a slight competitive edge over most countries around the globe. However, this all seems to depend on the way in which Washington handles their monetary issues over the next couple of weeks.

For the data from MAPI, visit: http://www.mapi.net/

For the MetalMiner, visit: http://agmetalminer.com/