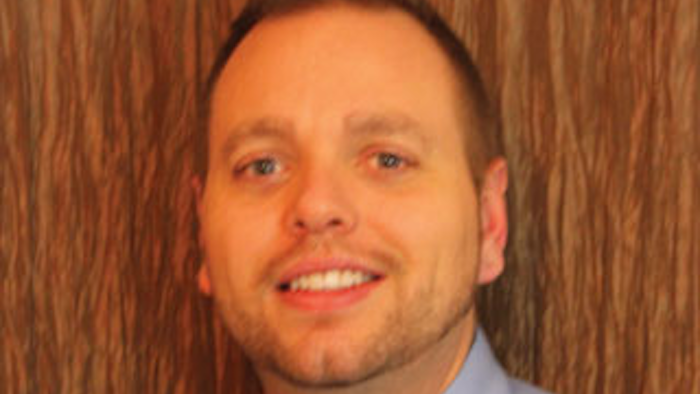 “The November survey from the Institute for Supply Management (ISM) suggests that U.S. manufacturing is set for a positive finish to a mixed year,” said Cliff Waldman, senior economist for the Manufacturers Alliance for Productivity and Innovation (MAPI). “The overall index increased a significant 0.9 percentage points to a strong 57.3 percent, nearly 4 percentage points above its 12-month average and its highest level since April 2011. Key components indices such as new orders, the backlog of orders, and production highlight positive momentum.

“While encouraging, these recent ISM data have been notably stronger than other manufacturing-related indicators and have to be interpreted against the backdrop of a challenging domestic and world business climate,” Waldman warned. “ISM respondent comments for November are telling in this regard.  Some survey respondents noted the strong order rate and good business climate. Others noted that federal policy difficulties have been creating business caution and uncertainty. Essentially flat manufacturing output growth in the second quarter of this year and only 1 percent growth in the third quarter testify to the real impact of uncertainty.”

The PMI registered 57.3 percent, an increase of 0.9 percentage point from October’s reading of 56.4 percent. The PMI has increased progressively each month since June, with November’s reading reflecting the highest PMI in 2013.

“We have a clear continuation of the trend that was set up at the beginning of the first half of the year,” says Bradley J. Holcomb, CPSM, CPSD, chair of the ISM Business Survey Committee.  “As reported, it registers at the highest number for the year and I think the highest number for a couple of years. It just shows continuing strength in the manufacturing economy and all of the sub indicators are pointing up and to the right as they say.”

ISM’s New Orders Index registered 63.6 percent in November, an increase of 3 percentage points when compared to the October reading of 60.6 percent. This represents growth in new orders for the sixth consecutive month, at a faster rate than in October. A New Orders Index above 52.2 percent, over time, is generally consistent with an increase in the Census Bureau’s series on manufacturing orders (in constant 2000 dollars).

ISM’s Production Index registered 62.8 percent in November, which is an increase of 2 percentage points when compared to the 60.8 percent reported in October. This month’s reading indicates growth in production for the sixth consecutive month, at a faster rate than in October. An index above 51.2 percent, over time, is generally consistent with an increase in the Federal Reserve Board’s Industrial Production figures.

“New orders is exactly what it says it is,” adds Holcomb. “It’s new business coming down the pike and production is in response to that. New orders always drive this whole system and is a reflection of consumer spending, which is up, and it shows here.”

The Inventories Index registered 50.5 percent in November, which is 2 percentage points lower than the 52.5 percent reported in October. This month’s reading indicates that respondents are reporting inventories are growing, but at a slower rate relative to October’s reading. An Inventories Index greater than 42.7 percent, over time, is generally consistent with expansion in the Bureau of Economic Analysis’ (BEA) figures on overall manufacturing inventories (in chained 2000 dollars).

“Inventory levels are down a little bit, but it's not really interesting,” explains Holcomb. “The numbers from this month and last, in fact all year, have been in a nice controlled range. It's at an appropriate level. One thing I like to look at is new orders minus inventories and that is around 13.1. That's a pretty strong number for new orders to be that far above inventories.”

ISM’s New Export Orders Index registered 59.5 percent in November, which is 2.5 percentage points higher than the 57 percent reported in October. November’s reading reflects growth in the level of exports relative to October, and is the highest reading since February 2012 when the index also registered 59.5 percent. This month’s reading also represents the 12th consecutive month of growth in new export orders.

ISM’s Imports Index registered 55 percent in November, which is 0.5 percentage point lower than the 55.5 percent reported in October. November’s reading reflects growth in the level of imports relative to October, but at a slightly slower rate. This month’s reading also represents the 12th consecutive month that the Imports Index has registered at or above 50 percent.

“Exports at 59.5 is a very strong number and it shows that the world is really appreciating U.S.-made products overall, including pricing,” says Holcomb. “On the import side, the numbers are essentially the same and is really still a good number. We're drawing on the world for raw materials, so both are quite healthy numbers.”

The ISM Prices Index registered 52.5 percent in November, which is a decrease of 3 percentage points compared to the October reading of 55.5 percent. This month’s reading indicates an increase in raw materials prices for the fourth consecutive month. In November, 18 percent of respondents reported paying higher prices, 13 percent reported paying lower prices, and 69 percent of supply executives reported paying the same prices as in October. A Prices Index above 49.7 percent, over time, is generally consistent with an increase in the Bureau of Labor Statistics (BLS) Index of Manufacturers Prices.

“The Prices Index continues to be indifferent right now,” explains Holcomb. “The prices of raw materials are mostly in neutral right now, and this is not untypical for the second half of the year. The first part of the second half of the year is where suppliers come in and quote price increases in the first four months, but still I think this is softer than usual indicating that suppliers are content to leave things as they are.”

ISM’s Employment Index registered 56.5 percent in November, which is 3.3 percentage points higher than the 53.2 percent reported in October. This month’s reading indicates expansion in employment for the fifth consecutive month, at a faster rate than in October. An Employment Index above 50.5 percent, over time, is generally consistent with an increase in the Bureau of Labor Statistics (BLS) data on manufacturing employment.

“I think the Employment Index number is a reflection of the trend that were on,” says Holcomb. “It's continued in this vein in increasing month over month. Now going into the last month of the year and thinking about the first quarter of 2014, employers don't want to be caught short on people power in order to maintain their capacity and readiness for what they expect to be a continuation of solid new orders.”

A report with no real surprises, just solid numbers, continues the positive trend going on the whole second half of the year. The indexes are very well-balanced making it a good solid month for manufacturing and a continuation of a positive trend.

“For the most part these are the most positive comments I've seen all year,” adds Holcomb. “Industries have been consistently positive and optimistic about the current environment, the balance of 2013 and going into 2014. Just one example from chemical products, which has been under pressure most of the year, has a positive trending outlook for the remainder of the year and into 2014.”

With the government debt and deficit discussions shelved for right now, there was no real big cause for concern for manufacturing in November. ISM will talk more about government impact when it releases its semiannual report on December 10, which will include a first look at 2014.

“A cornucopia of positive and negative forces will continue to impact the highly globalized U.S. manufacturing sector going into 2014,” Waldman added. “Much improved global financial and economic stability is the key positive for U.S. factories. But the halting and tepid nature of the recovery in such critical areas as the Eurozone and large emerging markets unfortunately means that global improvement is not doing as much as it should for U.S. manufacturing growth and job creation. Further, U.S. federal policy difficulties continue to suppress capital spending, a key demand driver for manufacturing. Modest growth acceleration with a mix of upside and downside risks best describes the outlook for U.S. manufacturing as it ends a challenging year.”