VW acknowledged yet another problem related to vehicle emissions testing amid continued fallout from the scandal over millions of its diesel cars. 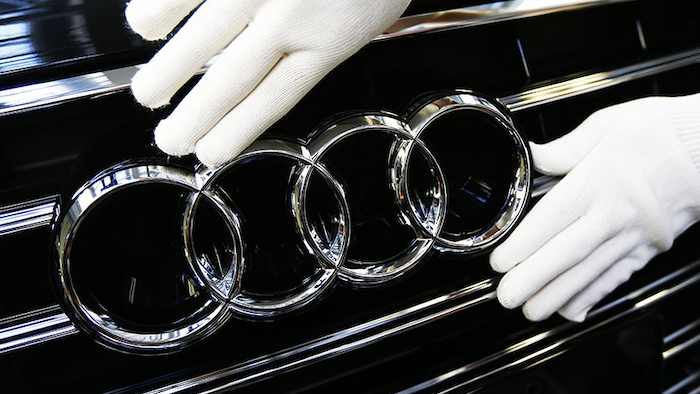 Volkswagen this week acknowledged yet another problem related to vehicle emissions testing amid continued fallout from the scandal over millions of its diesel cars.

The German paper Bild am Sonntag previously said that California regulators identified software in an older Audi model that could detect whether the car was steering on a road or undergoing testing.

The paper reported that the system was used in diesel and gasoline models for years, and a subsequent report in the Sueddeutsche Zeitung newspaper indicated that cars in testing conditions shifted more rapidly in order to lower emissions of carbon dioxide and nitrogen oxides.

"Adaptive shift programs can lead to incorrect and non-reproducible results," VW said in response to the Sueddeutsche Zeitung report.

The automaker added that it was cooperating with German regulators, and Bild am Sonntag reported over the weekend that the U.S. Environmental Protection Agency was investigating the issue.

The EPA and California Air Resources Board were instrumental in uncovering VW's diesel scandal last year. Some 11 million vehicles worldwide were equipped with software to lower their emissions levels during official testing.

A federal court recently signed off on a $14.7 billion settlement to address 2.0-liter diesel vehicles in the U.S., and talks continue regarding a resolution for larger 3.0-liter engines.

Too many companies were left unable to respond when the pandemic hit because of information delays and time lags.
Apr 21st, 2021

One big challenge is in persuading countries to abandon their nationalistic tendencies and help get vaccines where they’re needed most.
Mar 11th, 2021
Follow Us
Most Recent