They are working with local authorities to try to save the vessel and its cargo, despite the onset of southwest monsoons. 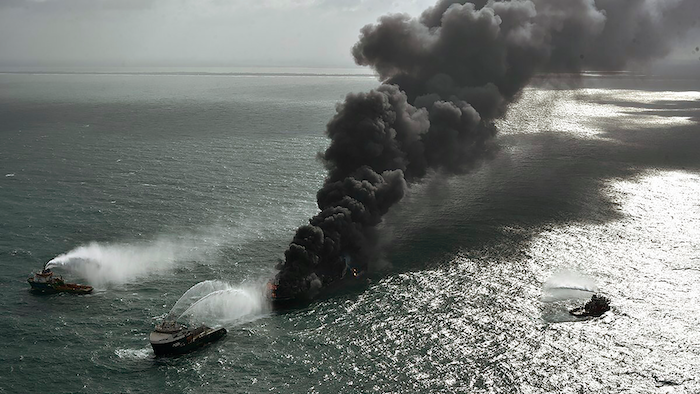 The fire on board the MV X-Press Pearl, which is anchored off Sri Lanka's capital Colombo, has spread to the quarterdeck where the ship's bridge is located, and a large number of containers have tumbled into the sea.

X-Press Feeders, which operates the ship, said firefighters and salvage experts flown in from Europe were working with local authorities to try to save the vessel and its cargo despite the adverse weather due to the onset of southwest monsoons. The 25 crew members evacuated the ship on Tuesday after an explosion. Two of the crew sustained leg injuries and they remain in a hospital, the company said, adding that the others were in a quarantine facility in Colombo.

On Thursday, Sri Lanka navy spokesman Indika de Silva said the efforts to douse the blaze were continuing. Four tug boats and three Sri Lankan and Indian vessels have joined the operation. The fire erupted May 20 when the ship was anchored about 9.5 nautical miles (18 kilometers) northwest of Colombo and waiting to enter its port.

The Sri Lanka navy believes the fire was caused by chemicals being transported on the Singapore-flagged ship. It was carrying 1,486 containers, including 25 tons of nitric acid and other chemicals that were loaded at the port of Hazira, India, on May 15.

The plant's operator says it is currently operating within safety limits after a report of a potential radioactive leak.
Jun 14th, 2021
Follow Us
Most Recent