The Balongan plant has a refining capacity of about 125,000 barrels of crude oil a day.

Cars pass by as fire razes through Pertamina Balongan Refinery in Indramayu, West Java, Indonesia, early Monday, March 29, 2021. Hundreds of people were evacuated from a nearby village after the massive fire broke out at the refinery.
AP photo

JAKARTA, Indonesia (AP) — More than 900 people from a nearby village were evacuated after a massive fire broke out early Monday at the Pertamina Balongan Refinery in Indonesia’s West Java province, officials said.

About 20 people were injured, including refinery workers and several villagers who suffered burns while passing through the area, the local disaster mitigation agency said.

Nicke Widyawati, chief executive officer of state-owned oil and gas corporation Pertamina, said firefighters were still battling the blaze and attempting to cool down the area to prevent it from spreading.

The cause of the fire was still being investigated, he said at a news conference. Pertamina officials said there was lightning and heavy rain at the time the fire broke out.

Satellite images from Planet Labs Inc. analyzed by The Associated Press showed a massive plume of black smoke rising from the refinery over the nearby village. The fire appeared localized at a set of four tanks in the middle of the refinery.

The Balongan plant has a refining capacity of about 125,000 barrels of crude oil a day. It supplies fuel to Jakarta, Banten and some regions of West Java. 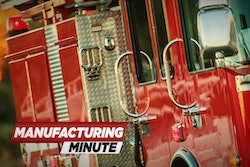 How Scientists Determine Whether a Chemical Is Carcinogenic

Sometimes there are controversial results.
January 30, 2023

At least nine missileers were reporting diagnoses of non-Hodgkin lymphoma. One of the officers has died.
January 30, 2023

The red side of the pad easily adheres to equipment, and the gray side offers an abrasive cleaning solution for coated surfaces.
January 27, 2023

The advisory panel mostly agreed with the FDA's approach.
January 27, 2023

When workers came home from the plant, their perspiration would be the color of the dye they were working with.
January 27, 2023

Every glove in the 400 Series enables accurate handling of even the smallest of parts, whether in dry or light oil applications.
January 25, 2023