Corporate greed is responsible for an opioid crisis that has cost Oklahoma thousands of lives and will take billions of dollars to repair, the state's attorney general told a judge Tuesday at the start of the nation's first state trial against the companies accused of fueling the problem.

Corporate greed is responsible for an opioid crisis that has cost Oklahoma thousands of lives and will take billions of dollars to repair, the state's attorney general told a judge Tuesday at the start of the nation's first state trial against the companies accused of fueling the problem.

Oklahoma Attorney General Mike Hunter's opened the state's case against consumer products giant Johnson & Johnson and several subsidiaries by saying the powerful painkillers have led to the "worst manmade public health crisis" in U.S. history. The state alleges drugmakers extensively marketed highly addictive opioids for years in a way that overstated their effectiveness and underplayed the risk of addiction.

"This crisis is devastating Oklahoma," Hunter said, adding that opioid overdoses killed 4,653 people in the state from 2007 to 2017.

Lawyers for Janssen Pharmaceutical Companies of Johnson & Johnson say the products the company manufactured were not just legal, but were heavily regulated. Janssen attorney Larry Ottaway told the judge that the drugs are important because they can help people manage debilitating pain.

"Serious chronic pain is a soul-stealing, life-robbing thief. It leads to depression. It leads to suicide. People can't take care of their own basic functions," Ottaway said. "You will hear from doctors, who practice right here in Oklahoma, some of those stories."

The Oklahoma case is significant because it's the first to go to trial and could help shape negotiations to resolve the roughly 1,500 other opioid lawsuits that have been consolidated before a federal judge in Ohio. Two companies, OxyContin-maker Purdue Pharma and Teva Pharmaceuticals , settled with Oklahoma ahead of the trial.

The state also contends two other Johnson & Johnson subsidiaries, Noramco and Tasmanian Alkaloids, were the primary suppliers of the active pharmaceutical ingredients provided to a number of opioid manufacturers, including Purdue and Teva.

Oklahoma is suing under a public nuisance claim, alleging it will cost more than $13 billion over 20 to 30 years to abate the opioid crisis.

Lawyers for the state say they plan to use internal company documents, including call notes between sales representatives and doctors, to show how Janssen used misleading claims to influence physicians and patients to use opioids. The trial could bring to light documents and testimony that show what the companies knew, when they knew it and how they responded.

The state's lawyers also intend to call as witnesses family members of those who have died from taking the drugs, including Craig Box , whose son Austin was a 22-year-old standout linebacker for the Oklahoma Sooners when he died of a prescription drug overdose in 2011.

Ottaway pushed back at the idea that doctors were unduly influenced by drug company sales representatives about whether to prescribe opioids for pain.

"The doctor has an independent obligation," Ottaway said. "It's not a sales rep's decision."

He also said that Janssen's fentanyl patch Duragesic represented only a tiny fraction of the opioid market in Oklahoma and was not widely abused or sold on the street like other drugs.

Cleveland County District Judge Thad Balkman, not a jury, will decide the case. He is allowing cameras in the courtroom, which is a rarity in Oklahoma. 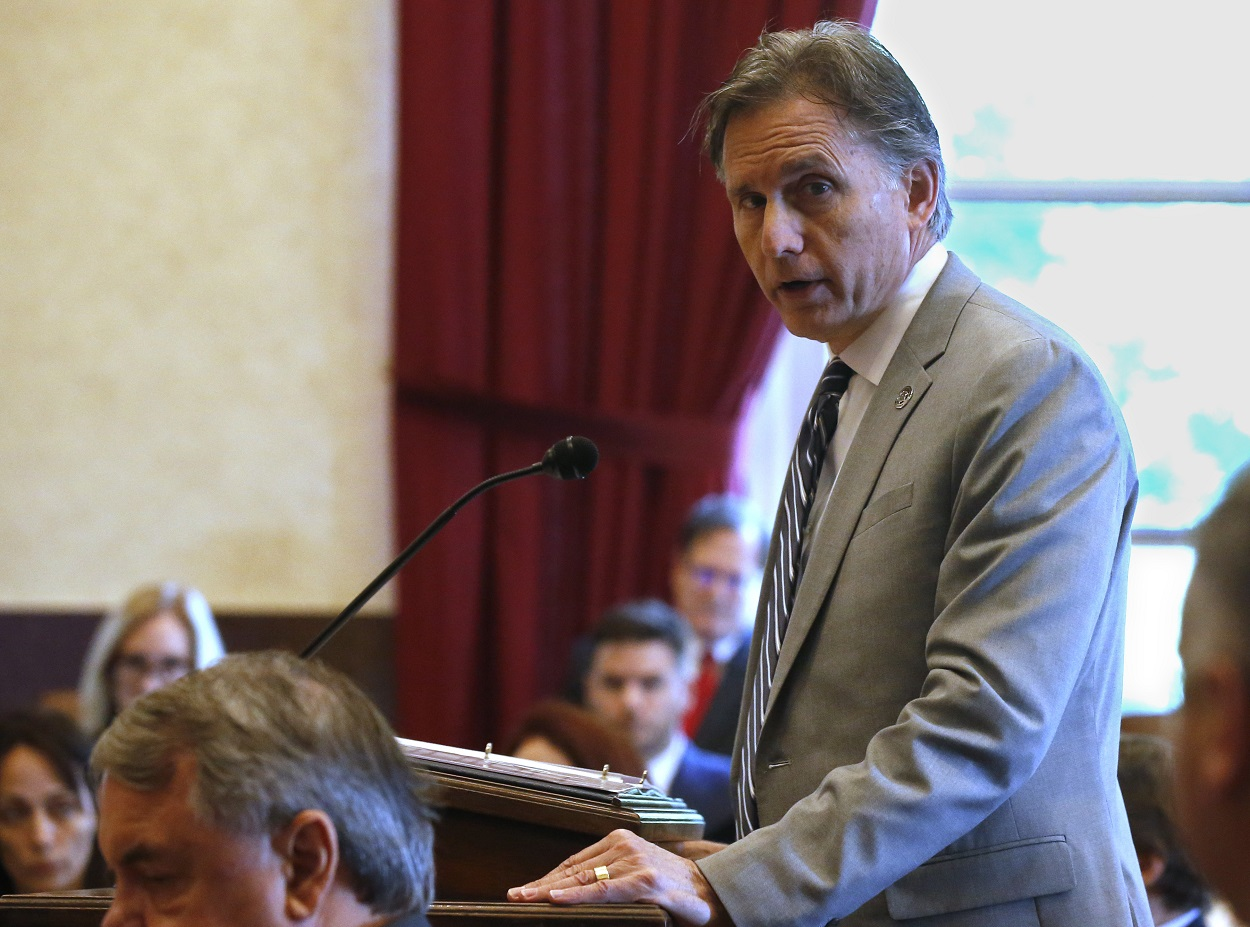