At least 900 miners who were trapped in a South African gold mine for more than 24 hours after a power outage have been safely evacuated. 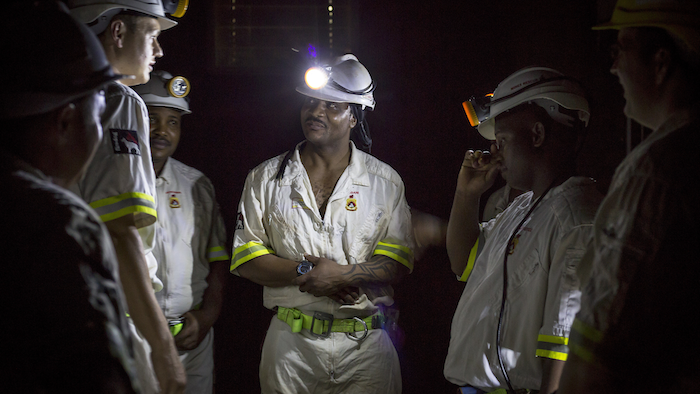 JOHANNESBURG — At least 900 miners who were trapped in a South African gold mine for more than 24 hours after a power outage have been safely evacuated.

The Sibanye-Stillwater company, which manages the Beatrix mine in Free State province, said Friday that the miners will have medical tests and counseling and that it expects the mine to start operating again Monday.

Mine unions and others, however, expressed concern that there was no functioning back-up plan for evacuation after a storm knocked out power Wednesday night and say the incident reflects continuing safety problems in South Africa's mines.

Company managers and unions said food and water was delivered to the trapped miners while they awaited the restoration of power, which enabled elevators to ferry them to the surface.

"I am relieved because for about 32 hours of being underground... The fans were not working, so everything was not working," said Lawrence Sithole, a production supervisor who was trapped underground.

"But we managed to calm down all the employees. So I think the management of Beatrix mine or Sibanye-Stillwater must make sure for the next time something like this must not happen."