The Food and Drug Administration has rejected a petition from environmentalists that would have banned the plastic-hardening chemical bisphenol-A from all food and drink packaging, including plastic bottles and canned food. 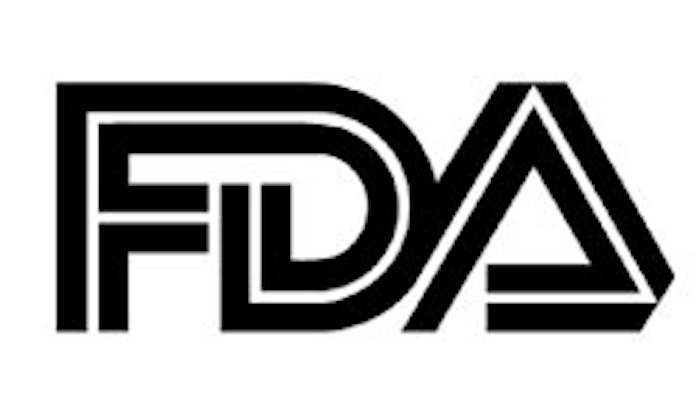 WASHINGTON (AP) — The Food and Drug Administration has rejected a petition from environmentalists that would have banned the plastic-hardening chemical bisphenol-A from all food and drink packaging, including plastic bottles and canned food.

The agency said Friday that petitioners did not present compelling scientific evidence to justify new restrictions on the much-debated chemical, commonly known as BPA, though federal scientists continue to study the issue.

The Natural Resources Defense Council's petition was the latest move by public safety advocates to prod regulators into taking action against the chemical, which is found in everything from CDs to canned food to dental sealants.

About 90 percent of Americans have traces of BPA in their bodies, mainly because it leaches out of food and beverage containers.

Some scientists believe exposure to BPA can harm the reproductive and nervous systems, particularly in babies and small children, potentially leading to cancer and other diseases. They point to results from dozens of BPA studies in rodents and other animals.

But FDA reiterated in its response that that those findings cannot be applied to humans. The agency said the studies cited by NRDC were often too small to be conclusive. In other cases they involved researchers injecting BPA into animals, whereas humans ingest the chemical through their diet over longer periods of time. The agency also said that humans metabolize and eliminate BPA much more quickly than rats and other lab animals.

"While evidence from some studies have raised questions as to whether BPA may be associated with a variety of health effects, there remain serious questions about these studies, particularly as they relate to humans," the agency said in its response.

The Natural Resources Defense Council petitioned the FDA in 2008 to ban BPA as a food additive, including all uses in food or beverage packaging. Petitions on various safety issues are routinely filed by advocacy groups, companies and even individuals. When the FDA failed to respond within the required timeframe, the environmental group sued the agency. In December a federal judge ruled that the agency had to respond by the end of March.

"The FDA is out-of-step with scientific and medical research," said Dr. Sarah Janssen, NRDC's senior scientist for public health. "This illustrates the need for a major overhaul of how the government protects us against dangerous chemicals."

FDA officials stressed that their assessment of BPA is ongoing, and they expect to issue another update later this year based on their most recent findings. The agency's last official statement was that there is "some concern" about BPA's effects on infants and young children.

The government is spending $30 million to conduct additional studies on the chemical's impact on humans. Several federal studies published in the last two years suggest that even human embryos retain far less BPA than other animals.

Many companies have already responded to consumer demand by removing BPA from their products. In 2008, Wal-Mart Stores Inc. and Toys "R'' Us said they began phasing out bottles, sippy cups and other children's items containing BPA. By the end of 2009, the six leading makers of baby bottles in the U.S. went BPA-free. Earlier this month Campbell's Soup said it would begin removing BPA from its most popular soups, though it did not set a time frame.

But the vast majority of canned goods in the U.S. are still sealed with resin that contains BPA to prevent contamination and spoiling. Canned food manufacturers have used the chemicals since the 1950s, and the practice is approved by the FDA. The chemical industry says BPA is the safest, most effective sealant.

Some manufacturers have begun switching to alternatives. Heinz reportedly uses BPA-free coatings for its Nurture baby formula cans, and ConAgra and General Mills say they have switched to alternative sealants for some canned tomatoes.

The federal government has been grappling with the safety of BPA for more than four years. The FDA revised its opinion on BPA in 2010 saying there is "some concern" about the chemical's impact on the brain and reproductive system of infants, babies and young children. Previously the agency said the trace amounts of BPA that leach out of food containers are not dangerous.

While older children and adults quickly eliminate the chemical through their kidneys, newborns and infants can retain it for longer. Scientists pushing for a ban on the chemical argue that BPA mimics the effects of the hormone estrogen, interfering with growth.