Study Questions How Sharply We Should Cut the Salt

The Institute of Medicine said Tuesday there's no evidence that cutting well below established guidelines offers any benefit — even though that's recommended for certain people at high risk of heart disease. There are some suggestions that going way too low might harm certain patients.

WASHINGTON (AP) — A surprising new report questions efforts to get Americans to sharply cut back on salt, saying getting to super-low levels may not be worth the struggle.

Make no mistake: Most Americans eat way too much, not just from salt shakers but because of sodium hidden inside processed foods and restaurant meals. Tuesday's report stresses that, overall, the nation needs to ease back on the sodium for better heart health.

But there's no good evidence that eating super-low levels — below the 2,300 milligrams a day that the government recommends for most people — offers benefits even though national guidelines urge that certain high-risk patients do just that, the Institute of Medicine concluded.

Also, there are some hints, albeit from studies with serious flaws, that eating the lowest levels might actually harm certain people who already have a serious illness, the report added. The prestigious group, which advises the government about health, urged more research to find the best target range.

"We're not saying we shouldn't be lowering excessive salt intake," said Dr. Brian Strom of the University of Pennsylvania, who led the IOM committee. But below 2,300 mg a day, "there is simply a lack of data that shows it is beneficial."

The average American consumes more than 3,400 mg of sodium a day, equivalent to 1 ½ teaspoons. Current U.S. dietary guidelines say most people should eat 2,300 mg a day, while certain people — those older than 50, African-Americans, and people with high blood pressure, diabetes or chronic kidney disease — should aim for just 1,500 mg.

Tuesday's report sparked an immediate outcry from health organizations that have long battled to lower the nation's salt consumption.

The American Heart Association said it stood by its own recommendations, stricter than the government's, that everyone eat no more than 1,500 mg of sodium a day. Reducing salt is one key to avoiding high blood pressure that in turn leads to heart attacks and strokes, the association said.

Debating how little salt is too little is a moot point, added nutritionist Bonnie Liebman of the Center for Science in the Public Interest.

"The average American is still in the red zone, the danger zone," she said.

The salt industry, in contrast, has long opposed the push for sharp sodium reductions, and welcomed the report.

"There is no scientific justification for population-wide sodium reduction to such low levels, and the recognition by the IOM experts that such low levels may cause harm may help steer overzealous organizations away from reckless recommendations," said Morton Satin of the Salt Institute.

It's very hard to cut back to 1,500 mg unless you always cook from scratch, or eat too little food in general because of illness, Liebman added. The average sandwich in a restaurant has 1,000 mg or more, and some restaurant meals can provide a full day's supply of sodium in one entree.

The Food and Drug Administration is working on a program to get food manufacturers to gradually lower sodium levels in their products, thus helping shoppers who don't scrutinize food labels to get closer to dietary guidelines. The FDA said Tuesday that it was reviewing the IOM report, calling it consistent with its own efforts "to work toward achievable and reasonable voluntary reductions in the sodium content of the U.S. food supply."

Some restaurants already are taking steps. The Boston Market chain, for instance, has begun reducing sodium in its most-sold items by about 20 percent — and removed salt shakers from the restaurant tables. "Where's the salt shaker?" read signs sitting next to the pepper, that explain the chain's move to reduce sodium and that customers who really want an extra pinch will have to get up to find some at the counter.

1 Dead, More than a Dozen Sickened from Outbreak Tied to Deli Meat 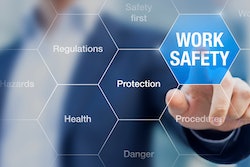 Public Utility to Pipe Water to Residents of 'Gasland' Town

They haven't had a clean, reliable supply of drinking water for 14 years.
November 23, 2022

The company deals in chemicals and other industrial goods.
November 22, 2022

The latest visual and audible solutions can apply to a wide range of factory applications.
November 21, 2022

Automatic emergency braking works well in all conditions, even when roadway, weather or lighting conditions were not ideal, the study showed.
November 15, 2022

How safety training is delivered goes a long way to establishing the culture of safety in a company.
November 14, 2022