With piles of fresh strawberries beckoning consumers at markets and stores this season, an alliance of a major retailer, fruit growers and farm workers has begun a program to promote healthy produce and improve working conditions. The initiative is an effort to prevent the types of bacterial outbreaks of salmonella, listeria or E.coli that have sickened consumers who ate contaminated cantaloupes, spinach or other produce.

The initiative, unfolding along neatly planted rows of berries at the Andrew & Williamson Fresh Produce’s Sierra Farm here, is an effort to prevent the types of bacterial outbreaks of salmonella, listeria or E.coli that have sickened consumers who ate contaminated cantaloupes, spinach or other produce.

One of the workers, Valentin Esteban, is on the front lines of the new effort, having gone through a training program that helps him avoid practices that lead to possible bacterial contamination that could undermine the safety and quality of the strawberries he picks.

In exchange, Andrew & Williamson is providing Esteban better pay and working conditions than many migrant farmworkers receive, $9.05 an hour versus $8, plus $1.70 for every eight pints of bright, red berries that he picks.

“Sure, the money is important, but I also feel good because I am helping to improve quality and safety,” Esteban said. “Those things are important to my family, too.”

The Food and Drug Administration laid the blame on conditions like stagnant pools of water and dirty surfaces in packing areas, problems that farm workers could help prevent.

“In those cases, the workers weren’t trained to address it or even recognize that those conditions might be problematic,” said Peter O’Driscoll, project director of Oxfam America’s Equitable Food Initiative. “Farm workers can be the eyes and ears of the farm, helping to improve food safety and pest contamination.”

Under the new program, with Andrew & Williamson the first grower to participate, berries sold under the label “Limited Edition,” would carry certification to inform consumers that food safety protocols had been followed and that the workers who harvested the crop were treated fairly.

With Andrew & Williamson paying higher wages than almost all its competitors, the participants in the program hope that the promise of better-quality, safer fruit and better conditions for workers will entice distributors, retailers and consumers to pay a little more, too.

Costco has agreed to play a major part and will sell only these berries in particular stores.

“Who is it that’s delivering the result — safer, higher-quality berries? Those workers,” said Jeff Lyons, the company’s senior vice president for fresh produce. “So yes, I’m willing to pay more, so long as the certification really means something.”

Costco’s participation was critical, said Dan Glickman, an Oxfam America board member who was agriculture secretary during the Clinton administration. “This can’t be a field of dreams, where if we grow it this way, they will buy it no matter the cost,” Glickman said. “Having a retailer like Costco buy into it was key.”

Ernie Farley, a partner of Andrew & Williamson, pointed to the important role that farm workers play. “This program means that, instead of one auditor coming around once in a while to check on things, we have 400 auditors on the job all the time.”

The company, which grows berries, tomatoes and cucumbers, pays a higher base wage than most growers, according to the United Farm Workers union. Andrew & Williamson also provides clean bathrooms, gloves to protect pickers’ hands, folding chairs to sit on at lunchtime and other seemingly small but much appreciated perks, such as cups for water from coolers, a rare luxury for the workers.

In the program, the workers are trained in practices that enhance food safety — from not wearing jewelry that might fall into boxes of berries to spotting signs of contaminants and insects or other pests that might spoil crops. These practices can reduce the use of pesticides, something that the environmental groups participating in the project are pushing for.

Like many growers, Andrew & Williamson says it gets just 9 cents of each dollar that its strawberries sell for at retail. With most of the revenue going to retailers, the farmworkers and the company were eager to increase their meager share. So when Erik Nicholson, vice president of the United Farm Workers, met with Lyons at Costco, he learned that food safety was a top issue for consumers and the two embarked on a plan to improve conditions. They brainstormed and came up with a win-win proposal that would increase workers’ pay and growers’ profits and improve safety.

“We thought, what if we started educating workers to make them a little more aware of things like listeria and salmonella, potential pest issues like birds and wild pigs, the danger to their own health and the environment of overusing pesticides?” Lyons said. “Such training would make an impact that’s positive for the consumer and increase productivity for growers.”

Lyons floated the plan with some of Costco’s biggest produce suppliers at a conference, explaining that because the workers would be responsible for delivering better, safer fruits and vegetables, they deserved better pay. “Jeff introduced the project and started listing all these wacko socialists who were involved,” Farley of Andrew & Williamson said, pointing an elbow at Nicholson. “Hearing those names was scary to most of the people in that room, but Jeff made it clear Costco believed this was the right thing to do — and Costco is a big customer.”

In the past, workers had little incentive to report safety problems. They were paid at a piece rate, seeking to fill their boxes as quickly as they could, and taking even 10 minutes to report a safety problem would in effect reduce their pay. One manager said that, if workers spotted animal feces in an area where ripe strawberries were ready to be plucked, they might have still simply picked those berries.

Pedro Sanchez, a farmworker, said he liked that the program encouraged pickers to tell supervisors about any safety issues in the fields. Now they also know their above-average pay is also tied to the success of this food safety initiative.

Before the initiative, “we didn’t have any system for dealing with things like when we found deer droppings in the field,” said Jorge Piseno, one of the farm workers’ representatives who is part of the project’s worker-management leadership. “Now I know if we find a dead animal or animal waste, we should put up a 6-foot perimeter to quarantine the area.”

Rosa Cortez, a quality control worker, added, “The best thing about this program is that it has increased the understanding of the importance of the quality of the fruit.” And Sanchez said the practices extended beyond the fields. “Now the hygiene I’ve learned here I take home to my family so they will be healthier, too.”

Bruce Goldstein, president of Farmworker Justice, an advocacy group, said: “It’s a courageous move on the part of the farm labor unions that are involved in the project. They’re saying they are willing to engage with employers on something other than a collective bargaining basis” to improve wages and working conditions.

An unexpected benefit of the program is worker retention — a constant headache when pickers can swap information via cellphones about better pay elsewhere. Andrew & Williamson offers a bonus to workers who stay the whole season — and the food initiative has persuaded many workers to stay on.

One big question remains, though: How many retailers and restaurants will be willing to cover the initiative’s increased costs by paying more for fruit? “One of the trends we’re seeing in food and agriculture is more and more consumers wanting to know things about their food and where and how it’s grown and what’s in it,” Glickman said. “This plays into that, but it’s not an easy thing to do. It can be successful, and it can be replicated — but will it?”

So far, only the Bon Appétit Management Co., which operates 550 cafes in 32 states, has joined Costco in agreeing to buy Andrew & Williamson’s Limited Edition strawberries, though O’Driscoll of Oxfam said other buyers were interested.

The strawberries that Bon Appétit now uses in its roughly 100 cafes in Northern California are exclusively Limited Edition. If the pilot goes well, the company will extend the program to all its stores.

Maisie Greenawalt, Bon Appétit’s vice president for strategy, said the additional cost the company would pay for Limited Edition berries was “negligible” and would be offset by those customers convinced by the quality of the fruit and better working conditions.

“It’s no longer about who has the lowest price,” Greenawalt said. “It’s about, who do we feel good buying from regardless of price?” 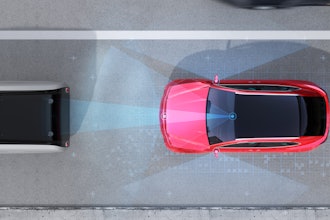