Cost of Food Safety Proposals a Concern for Farmers

The proposals are part of the Food Safety Modernization Act approved in 2011, the Akron Beacon Journal reports. The legislation is among changes within the Food and Drug Administration aimed at making the nation's food system safer by pinpointing where contamination occurs. Officials are still determining how to implement the law, and regulations won't be finalized for several years. But one northeast Ohio farmer says he will no longer grow vegetables for local tables because the proposed requirements would cost too much.

Don Bessemer, who runs a farm within the city of Akron, says he has closed his Bessemer Farms market that sold to local retailers.

"We don't want to quit, we were forced out of the business," Bessemer said.

Bessemer says he has turned to soybeans because the law doesn't apply to commodity crops grown for uses like oil. The law focuses mostly on produce like lettuce, spinach, tomatoes, green onions and fruits that are usually eaten raw and often are at the center of nationwide recalls due to contamination.

Farmer Chris Saal says he will continue his Walnut Drive Gardens business in Portage County's Suffield Township. But he acknowledges that the expected costs are a concern for farmers.

Saal said he already has aggressive safety standards and hopes he won't have to make many changes.

Sereana Dresbach, deputy director of the Ohio Department of Agriculture, says the rules are still proposals. The public can comment until at Sept. 16 and adopted rules likely won't begin until 2015 and would be phased in over several years.

Dresbach favors a safer U.S. food system, but says Ohio would have to double the agriculture department's food safety budget to enforce the rules as proposed.

"Sure it sounds good, but how do we pay for it?" Dresbach said.

Dresbach wants rules that are flexible enough to adjust for states that have good working practices and that give states the ability to grant local variances.

The proposed rules also may be a financial burden that some produce growers can't overcome, she said.

Farms likely will be required to hire an auditor to inspect their operations for about $5,000 per audit, with some farms possibly requiring several audits.

The FDA estimates the cost of implementing the rules will be about $4,700 a year for very small farms, $13,000 for small farms and $30,500 for large farms. Size is determined by a farm's annual business.

Farms selling less than $25,000 of produce annually and those selling directly to the public without going through a third party would be exempt. FDA estimates about 79 percent of all U.S. produce farms won't have to comply. The agency's figures show the rules are expected to save 1.7 million Americans from food-borne illness annually.

But Bessemer estimates the proposed requirements would cost him at least $100,000 to comply and another $30,000 a year for inspections. Farrners would have to maintain records on trucks transporting the produce and employees handling it, among other things.

But Doug Doohan, a professor of horticulture and crop science and leader of the fresh fruit and vegetable safety team at the Ohio Agricultural Research and Development Center in Wooster, says many farms already submit voluntarily to audits or inspections required by companies buying their produce.

He says most audits probably would be prompted more by customers than by regulators, but he urges all farmers to take advantage of the public-comment period to voice their concerns. 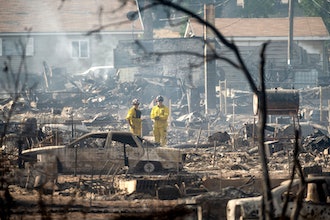