The Centers for Disease Control and Prevention said it is monitoring for potential listeria-related illnesses linked to packaged foods from Reser's Fine Foods and working with the U.S. Department of Agriculture and the Food and Drug Administration. 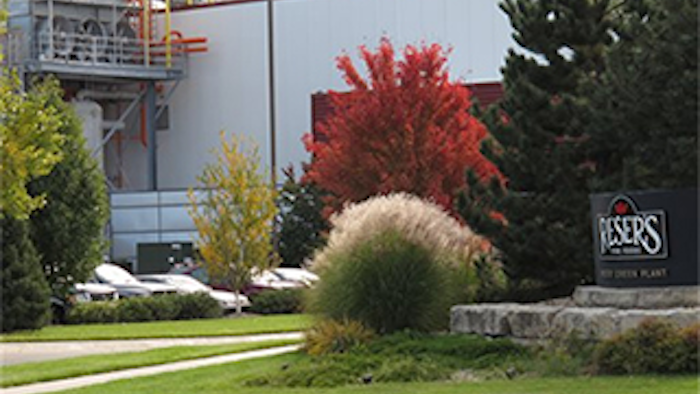 TOPEKA, Kan. (AP) — Federal officials were watching Thursday for possible reports of illnesses linked to packaged foods from a plant in Kansas that have been recalled over concerns about potential Listeria contamination.

The federal Centers for Disease Control and Prevention said it is monitoring for potential Listeria-related illnesses and working with the U.S. Department of Agriculture and the Food and Drug Administration.

Health officials were not yet reporting any illnesses linked the products.

Reser's Fine Foods, based in Beaverton, Ore., announced earlier this week that it is recalling 109,000 cases of refrigerated, ready-to-eat items distributed across the U.S. and Canada because they may contain the Listeria monocytogenes bacterium. The items include coleslaw, pimento spread and potato salad, as well as products with beef, chicken and ham.

Listeria monocytogenes can cause listeriosis, a disease that can lead to miscarriages or stillbirths and prove fatal for young children and the frail and elderly. Symptoms can include high fever and severe headache.

In Kansas, Department of Health and Environment spokeswoman Miranda Steele said people who've already consumed the recalled products should monitor for two months any fevers they have.

"It's quite a long incubation period," Steele said.

The company said only products from the Topeka plant are affected and that the bacterium may have been transferred from a piece of equipment. The USDA said products with meat were distributed in 27 states.

"Our greatest concern is food safety; therefore, we are acting with speed and focusing on plant sanitation, increased testing and food handling practices while we continue to investigate," company President Mark Reser said in a statement.

Earlier this year, six people in five states were reported sickened during an outbreak linked to a Waterloo, Iowa, cheesemaker, federal officials said. One, from Minnesota, died.

And, in 2011, a Listeria outbreak from tainted Colorado cantaloupes shipped to 28 states resulted in 33 deaths and scores of hospitalizations. Two brothers, cantaloupe farmers, pleaded guilty earlier this week to federal misdemeanor charges of introducing adulterated food into interstate commerce. Their sentencing in federal court is scheduled for January.