French authorities have launched a judicial probe in a tainted baby milk scandal in which several million products were recalled over fears of salmonella contamination. 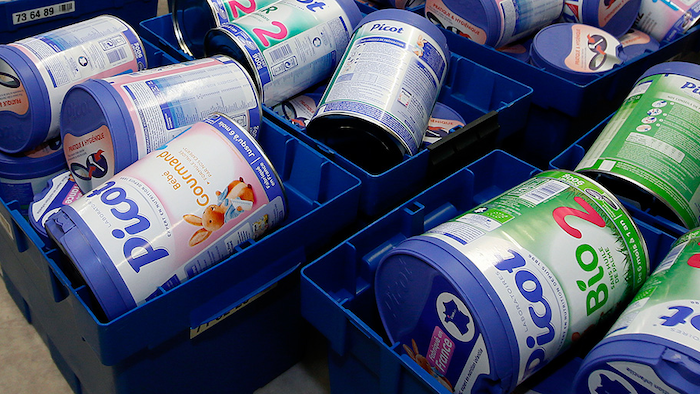 PARIS (AP) — French authorities have launched a judicial probe in a tainted baby milk scandal in which several million products were recalled over fears of salmonella contamination.

A judicial official said Tuesday the Paris prosecutor's office opened a preliminary investigation for "endangering lives of others," ''unintentional injuries by negligence" and "aggravated fraud."

The official wasn't authorized to speak publicly and requested anonymity.

The probe is targeting French diary giant Lactalis, which has apologized to customers and said tests confirmed a salmonella outbreak at one of its production sites in Craon in western France after renovation work earlier this year.

French health authorities have said 31 infants across France contracted salmonella in recent months within days of consuming baby milk made in the Craon factory. None died, though 16 were hospitalized. All are OK now.

The recalls affected about 30 countries.

The U.S. is the only fully industrialized country in the top 10 nations for total pollution deaths.
May 19th, 2022
Follow Us
Most Recent