Crisis End In Sight In WV

For the fifth straight day, hundreds of thousands of people in West Virginia had to wash, cook and brush their teeth with bottled water, but officials promised the ban on tap water that was tainted by a chemical spill would soon be lifted. 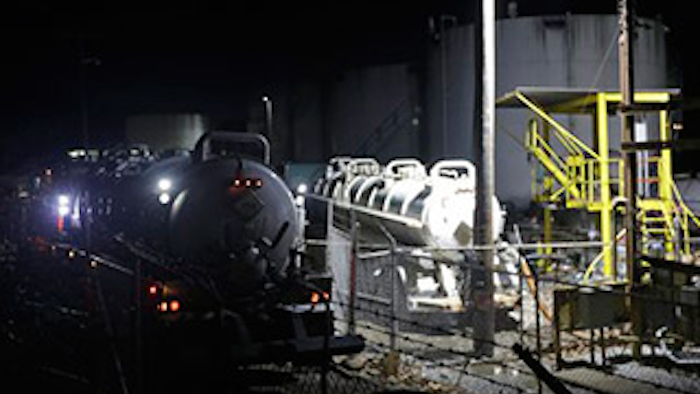 CHARLESTON, W.Va. (AP) — For the fifth straight day, hundreds of thousands of people in West Virginia had to wash, cook and brush their teeth with bottled water, but officials promised the ban on tap water that was tainted by a chemical spill would soon be lifted.

Over the weekend, tests showed that levels of the licorice-smelling chemical used in coal processing were consistently below a toxic threshold, and in some samples, there was no trace of the chemical at all. As the tests were expected to continue Monday, there were still questions about how and why the leak occurred and whether the company, Freedom Industries, took too long to let state officials know about the problem.

If tests continue to show the water is safe, the ban affecting about 300,000 people across a nine-county region will be lifted in waves for specific areas, the first of which would be in downtown Charleston, said West Virginia American Water President Jeff McIntyre. He gave no timetable for when people could start using the water again.

"I can tell you at this point, I don't believe we're several days from starting to lift (the ban), but I'm not saying today," McIntyre said at a news conference Sunday.

"We see light at the end of the tunnel," Gov. Earl Ray Tomblin told reporters.

Water distribution centers have handed out bottled water and trucks with large tanks of water have filled up containers for people to take home. So far, only 10 people exposed to the contaminated water were admitted to the hospital, and none were in serious condition, Health and Human Resources Secretary Karen Bowling said.

The chemical, even in its most concentrated form, isn't deadly. However, people were told they shouldn't even wash their clothes in affected water, as the compound can cause symptoms ranging from skin irritation and rashes to vomiting and diarrhea.

Other than schools, day-care centers, hotels and many restaurants that will be closed Monday, the region was open for business, but foot traffic was slow. Stores and offices adjusted by providing bottled water and hand sanitizer. The governor said state government offices would be open Monday.

Lawmakers were to return to the Capitol on Monday after Friday's session was cut short because there wasn't any water. Their work now will likely include a look at how Freedom Industries flew under the regulatory radar.

A leak in one of the company's 40,000 tanks containing the chemical 4-methylcyclohexane methanol is what caused the disruption in water service.

"In my world — I'm a hazmat guy — this stuff's below my radar screen until this happens," said Dorsey. "The tanks themselves, we don't have the regulatory authority to inspect those tanks."

"We are working on some ideas right now," Huffman said. "I think a lot of folks will be calling for legislation and rightly so."

And there are signs that Freedom Industries did not respond appropriately. A state law requires immediate reporting, but Huffman said state environmental workers were on the spill site at 11:15 a.m. Thursday because of a call from the water company — not Freedom Industries.

The coal and chemical industries are major forces in the state's economy, providing thousands of jobs. West Virginia is the second-largest coal producing state, behind Wyoming, and the state has about 150 chemical companies.

But the jobs also pose risks of spills and mine disasters for their communities.

State officials started investigating the most recent spill when people complained about an odor coming from near the company's river terminal.

Freedom officials were also at the spill site when state officials arrived, yet they still did not actually report the spill until nearly an hour later.

"There's no question that they should have called earlier," Huffman said.

The company has said it removed the remaining chemical from the site and took it elsewhere, and the removal of other chemicals was ongoing. Company president Gary Southern held a brief news conference Friday night, but otherwise company officials have declined to comment.

"We have mitigated the risk, we believe, in terms of further material leaving this facility," he said then.

About 7,500 gallons of the chemical is believed to have leaked from the tank and a containment area and some of it got into the Elk River and the water treatment plant, which is about a mile downstream from Freedom Industries. The chemical quickly dissolves in water, meaning it can't be filtered out or skimmed from water, so people have had to wait for it to pass through the water system or be diluted to the point where the water is again safe.

Online maps and automated phone calls will let water customers know when their areas have been cleared. Residents will also be instructed on how to flush their homes of any contaminated water.

About 170 people were treated and released from emergency rooms for exposure. There were 1,045 calls to a poison control center about human exposure and 65 animal-related calls, officials said.