A Kansas food and beverage ingredient company apparently released a cloud of toxic chlorine gas when two chemicals were inadvertently mixed in a holding tank. 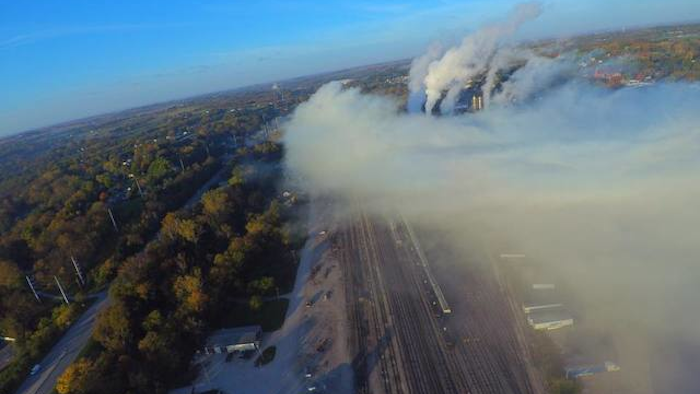 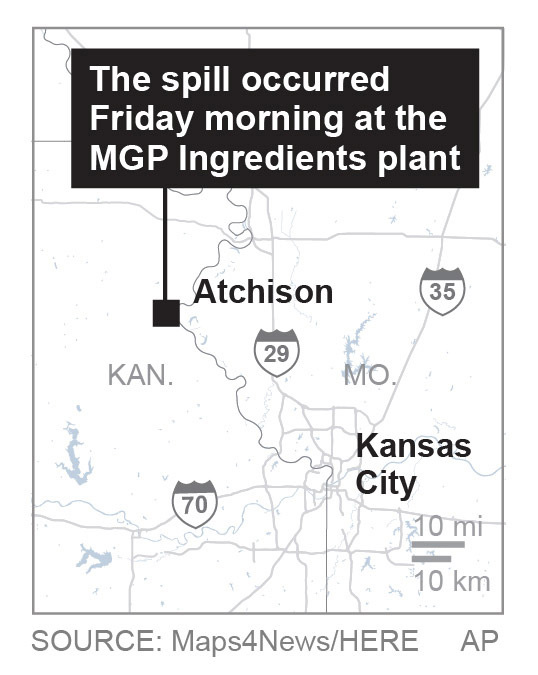 A Kansas food and beverage ingredient company apparently released a cloud of toxic chlorine gas Friday when two chemicals were inadvertently mixed in a holding tank.

The leak led to multiple evacuations and prompted more than 100 people to seek treatment in Atchison, Kan. One person remained hospitalized in stable condition as of Sunday, according to KWCH-TV.

When combined, a University of Kansas pulmonologist told KSHB-TV, those chemicals produce a potentially volatile chlorine gas that can cause nose, throat and eye irritation and respiratory symptoms.

The plume was first reported at about 8 a.m. and was dispersed by wind and, likely, sunlight by about 11 a.m.

Three local schools, a nearby college and the courthouse were evacuated; authorities reportedly considered a city-wide evacuation before advising residents north of the plant to remain indoors with their doors and windows shut.

MGP, which produces alcohol for distilled spirits and specialty wheat proteins and starches, said that it is "cooperating fully to investigate and ensure that all appropriate response actions are taken."