A handful of activists were able to briefly disrupt the country's energy network this week using only bolt cutters and a working knowledge of where to turn the valves on oil pipelines. 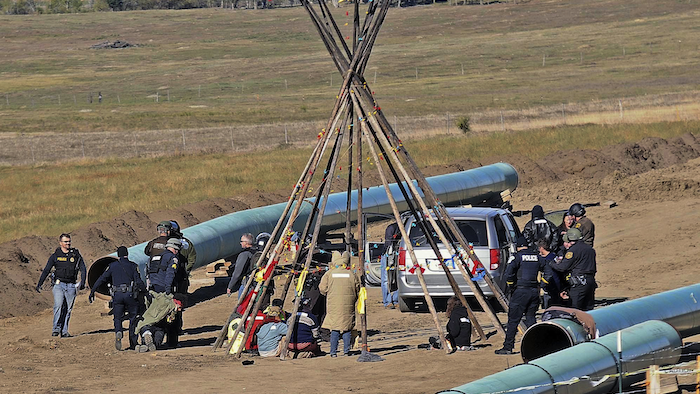 U.S. security officials are increasingly worried about the vulnerability of a wide variety of services and industries to high-tech cyberattacks.

But, as Reuters notes, a handful of activists were able to briefly disrupt the country's energy network this week using only bolt cutters and a working knowledge of where to turn the valves on oil pipelines.

Law enforcement officials made a series of arrests this week after protesters in several states cut through fences and locks on Tuesday and simply turned off valves on five large pipelines funneling crude oil from Canada into the U.S.

The pipelines altogether transport some 2.8 million barrels per day, which would translate to about 15 percent of U.S. daily oil consumption.

The activists did not do any damage to the pipelines, but the stopped valves forced operators to conduct checks before restarting the flow of oil.

And although the incident did not impact the oil market, it demonstrated the vulnerability of the country's massive energy network to low-tech sabotage.

The group Climate Direct Action claimed responsibility for shutting off the valves and cited the ongoing protest of the Dakota Access Pipeline by the Standing Rock Sioux Tribe.

This week's actions passed without further incident, but observers noted that similar attacks could accidently lead to oil spills or safety risks. The incident, meanwhile, signaled to others that pipeline networks remain vulnerable to potential terrorist attacks.

"On the wrong pipeline, in the wrong place, (it) could kill people," Richard Kuprewicz of pipeline advisory firm Accufacts told Reuters. "This is hazardous hot liquid. It's not something to be terrified of, but it must be respected."