The federal agency that investigates incidents at chemical plants fell far short of its statutory responsibilities in recent years, according to a newly released report. 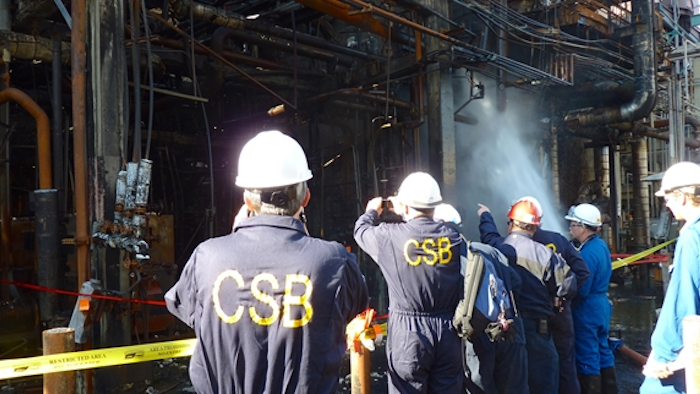 The federal agency that investigates incidents at chemical plants fell far short of its statutory responsibilities in recent years, according to a newly released report.

The EPA Office of Inspector General report identified three "major management challenges" — or issues that could make agencies "vulnerable to waste, fraud, abuse and mismanagement" — with the Chemical Safety Board in the 2016 fiscal year.

The analysis, in particular, found a "gap" between the incidents investigated by CSB and the number of serious chemical accidents that it is charged with investigating.

In addition to increasing the number of investigations, the report said that CSB needs to improve the controls over the investigations that it does conduct. Two of the three probes wrapped up in fiscal year 2016 lasted six years, while the third — involving a fertilizer plant explosion in West, Texas — took nearly three.

"We recommend that CSB seek to close the investigative gap by reprioritizing its resources to investigate all accidents that fall within its statutory mandate," the report said.

The second issue identified by the report found that the agency had yet to publish regulations for reporting chemical incidents as required by a 1990 change to the Clean Air Act.

Finally, the report said that CSB "must continue to address its employee morale." The agency was long plagued by declining performance and morale and came under fire for its treatment of whistleblowers. Its former chairman, Rafael Moure-Eraso, resigned in early 2015 after reports that officials used outside email systems to conduct government business.

The inspector general report also identified policies regarding purchase cards as an "internal control weakness," but removed two issues cited in its 2015 report "due to corrective actions taken by CSB."

Addressing the remaining issues, the inspector general said, could "result in stronger results and protection for the public, and increased confidence in management integrity and accountability."