Unknown attackers fired rockets at a gas facility in the Sahara Desert in Algeria on Friday, energy groups Statoil and BP said. 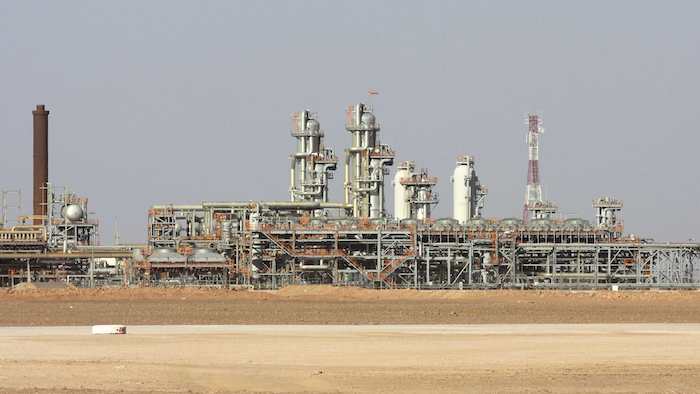 ALGIERS, Algeria (AP) — Unknown attackers fired rockets at a gas facility in the Sahara Desert in Algeria on Friday, energy groups Statoil and BP said. There were no immediate reports of injuries.

Army reinforcements have been sent to the area from other regions, according to that official and another, who spoke on condition of anonymity because they were not authorized to talk about the operation.

Stavanger, Noway-based Statoil said the Krechba facility was "hit by explosive munitions fired from a distance." The company said it has been in touch with its three employees there, who were safe and not hurt.

British energy group BP said in a statement that there were no reports of injuries to its employees and the facility was shut down as a safety precaution. It did not say how many people were working there.

Shots "were fired from outside into the facility," head of Statoil media relations Baard Glad Pedersen told Norwegian broadcaster NRK. He said he didn't know who was behind the attack.

Krechba is part of the In Salah gas fields, about 1,200 kilometers (750 miles) south of Algiers in the Sahara Desert, in the Hassi Messaoud region, the prime gas producing region in Algeria, over 700 kilometers (439 miles) from the Libyan border.

In January 2013, a band of al-Qaida-affiliated militants attacked the Ain Amenas complex in Algeria, near Libya's border. After a four-day standoff, the Algerian army moved in. At least 37 hostages, mostly foreign workers, died in the battle. The attackers were thought to have crossed into Algeria from neighboring Libya.

Like in Krechba, the Ain Amenas facility is jointly run by BP, Sonatrach and Statoil.

Al-Qaida's North Africa branch, based in Algeria, claimed responsibility for an attack Sunday on a beach resort in Ivory Coast, in West Africa, that killed at least 18 people.

The group tweeted Monday that the attack was a warning to the West that it will destroy security for its citizens if they are not left safe in their lands in the Sahel, the region below the Sahara. French-led forces pushed the group from strongholds in northern Mali in 2013.