Residents are coming into contact with radioactive materials at a rate considered dangerous. 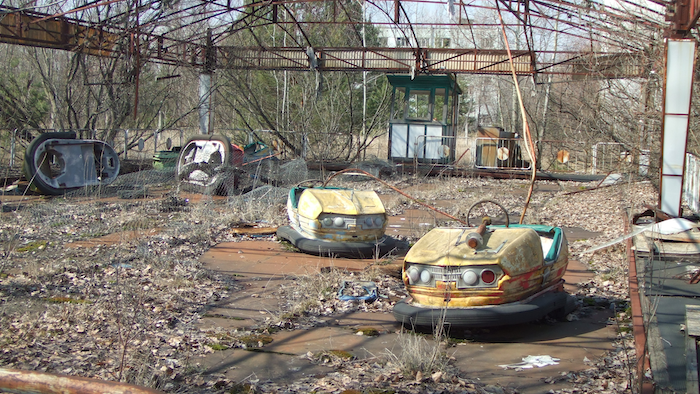 Nearly 30 years after the worst nuclear accident in history, life in the “Exclusion Zone” around Chernobyl continues to fascinate. Around 135,000 people evacuated the Zone around the reactor meltdown, including the 45,000 residents of the now ghost-town Pripyat.

But, despite estimates that the Zone won’t be safe for human habitation for another 20,000 years, around 400 (mostly elderly) residents still call the area home. And, according to a report from Greenpeace, they’re eating a diet of highly radioactive food.

Scientists who studied food in the Zone on behalf of the environmental group found that levels of caesium-137 and strontium-90 have decreased over the years, but are still present in the wooded area nearby. As a result, the residents are coming into contact with radioactive materials at a rate considered dangerous.

"It is in what they eat and what they drink. It is in the wood they use for construction and burn to keep warm," the Greenpeace report, entitled "Nuclear Scars: The Lasting legacies of Chernobyl and Fukushima" said.

In other cases the radiation levels are actually increasing, and the contaminated food isn’t isolated to those living in close proximity to Chernobyl. According to the report, contamination levels in grain are on the rise in an area where an estimated five million people live.

Radiation exposure can cause a host of long-term health problems. According to a Reurters report, doctors in the area around Chernobyl have long reported higher instances of cancer. It’s expected that these health consequences will be felt for generations to come.

The report also highlighted contamination in the area around Fukushima and the Japanese government’s cleanup efforts, which Greenpeace called “inadequate.”

Local residents around Chernobyl say in the report that it’s difficult to avoid the contamination. One mother reported that she often has no choice but to feed her children radioactive food.