Two Japanese chemical workers are calling on their employer and the government to acknowledge problems with their working conditions after they developed bladder cancer. 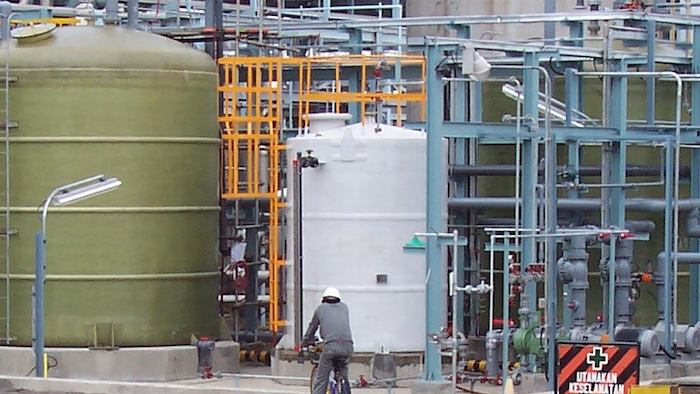 Two Japanese chemical workers are calling on their employer and the government to acknowledge problems with their working conditions after they developed bladder cancer.

Kenji Takayama and Yasuhiro Tanaka told The Japan Times that the dust masks they wore on the job at Mitsuboshi Chemical didn't protect them from harmful compounds such as o-Toluidine.

They also added that they could have absorbed those compounds through their skin since they routinely wore t-shirts to work.

The men, both nearly 20-year veterans of a dyes and pigments plant, were two of five Mitsuboshi employees diagnosed with cancer after their work mixing or drying aromatic amines.

They called for changes at the plant, particularly with regard to ventilation. They alleged that plant workers were frequently sick and that the insides of their dust masks were often coated in residue from the materials that they worked with.

“I would like the company management to improve the labor environment for my younger co-workers and for the future of the company,” said Takayama.

They also demanded that the Japanese government recognize their conditions as work-related. The government's health ministry is reportedly investigating the link between conditions at the Mitsuboshi plant and the cancer cases.

Mitsuboshi officials did not comment on a possible link, but conceded that 10 of the plant's 40 workers could have been exposed to o-Toluidine.