‘Star Trek’ Actor's Death Could Be Linked To Recalled Jeep

The actor was killed when his Jeep Grand Cherokee rolled down his driveway and pinned him against a reinforced mailbox.

Fiat Chrysler's recall of more than a million vehicles this spring is back in the news after a Jeep SUV was involved in the death of 'Star Trek' actor Anton Yelchin over the weekend.

Yelchin, 27, was killed early Sunday when his Jeep Grand Cherokee rolled down his driveway and pinned him against a reinforced mailbox.

The 2015 Grand Cherokee was one of several models recalled by Fiat Chrysler over concerns that drivers could accidentally leave them in gear rather than in "park" — which could raise the risk of rollaway accidents.

Authorities said that it was too early to determine a cause of Sunday's accident, but the National Highway Traffic Safety Administration said that Yelchin's death is the first "we’re aware of that may be related to this safety defect and vehicle recall.”

FCA said in April that it knew of 41 injuries potentially related to the issue.

Although the vehicles chime and show a warning light if the driver's side door opens while in gear, the engine remains on and drivers may inadvertently exit their car without placing it in "park."

It's unclear whether Yelchin was aware of the problem.

The automaker said at the time of the recall that it planned to bolster the warning system on recalled vehicles and adjust them to ensure that they don't move if the driver exits.

Summer is Gone - Keeping Workers Safe from Heat is Not

Just because summer is over doesn’t mean heat is no longer a concern.
Oct 11th, 2021

California Pipeline Likely Damaged Up to a Year Before Spill

Investigators will pore over a year of data on ship movements near the area of the break.
Oct 11th, 2021

He was selling information to an undercover FBI agent.
Oct 11th, 2021

The ship made a series of unusual movements while anchored in a spot closest to the pipeline break.
Oct 7th, 2021

NSC: Employers Must Educate Workers on Cannabis Use 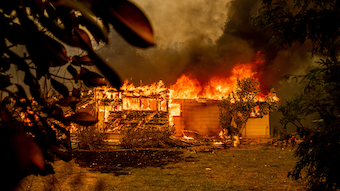 Fire Retardant Could be 'Game-Changer' in Fighting Wildfires 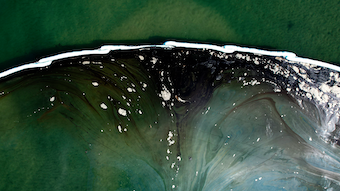 This latest disaster will only intensify pressure to end oil production in the state, on land and offshore.
Oct 6th, 2021 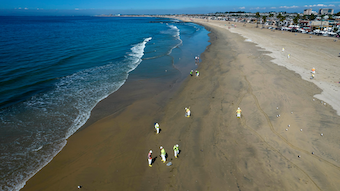 Federal transportation investigators said the pipe was split open at a depth of about 98 feet.
Oct 6th, 2021
Follow Us
Most Recent