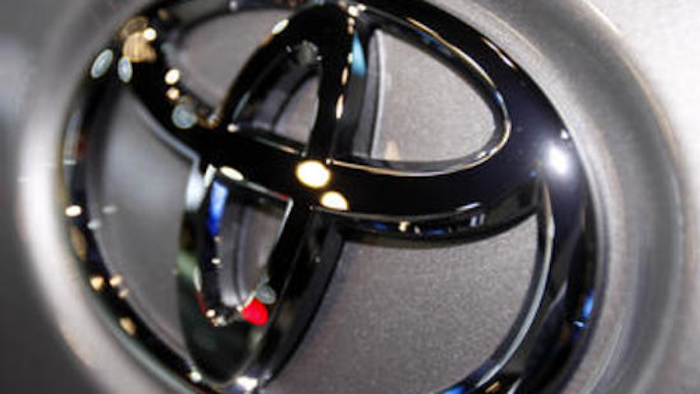 The recall includes 22 models sold in Japan, including the Corolla and Vitz, manufactured from January 2004 through December 2005, as well as vehicles in Italy, Britain and Spain, although those numbers were still unclear. It doesn't include any vehicles in the U.S.

Takata inflators can explode with too much force, sending out shrapnel. At least eight people have been killed worldwide and hundreds injured.

The problem has led to the recall of 19.2 million vehicles in the U.S., and government regulators are investigating. Millions more may be recalled.

No injuries were reported in Toyota vehicles related to the latest defect, which affects the passenger seat air bag, but a person in a Nissan Motor Co. car was injured recently in Japan.

Earlier this month, U.S. auto safety regulators fined Takata $70 million for concealing evidence for years that its airbags are prone to explode.

Under a five-year pact, the U.S. National Highway Traffic Safety Administration can increase the penalty to a record $200 million if the company fails to abide by the terms.

Toyota, Ford Motor Co. of the U.S., Japanese automakers Honda Motor Co. and Nissan have decided not to use Takata inflators in vehicles under development.

But the court also determined that the company knowingly sold a product that caused cancer.
Jun 24th, 2020
Follow Us
Most Recent