U.S. Retail Sales Jump In May As Jobs Boost Spending

Americans ramped up their spending on autos, building materials and clothing in May, a sign that strong job growth is starting to boost retail sales. 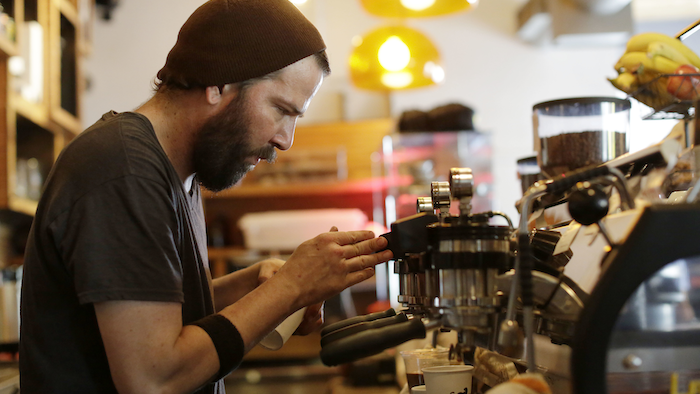 WASHINGTON (AP) — Americans ramped up their spending on autos, building materials and clothing in May, a sign that strong job growth is starting to boost retail sales.

Retail sales climbed a seasonally adjusted 1.2 percent in May, following a 0.2 percent gain in April, the Commerce Department said Thursday. Sales have risen 2.7 percent over the past 12 months.

The upswing in shopping reflects greater confidence in an economy still shaking off the ravages of a recession that ended six years ago. Employers have added more than 3 million jobs over the past year, but until last month many workers appeared to be saving as much of their paychecks as they could.

Consumers upped their spending by more than 2 percent last month at auto dealers and building materials stores, evidence that they're making longer-term investments in their daily commutes and homes.

The figures confirm the strength seen in separate reports on autos and housing. People bought cars and trucks last month at an annual pace of 17.8 million, the fastest rate since July 2005, according to industry analyst Autodata Corp. The number of newly built homes being purchased has surged nearly 24 percent year-to-date, according to the government.

Sales at gasoline stations increased 3.7 percent, largely reflecting the higher costs of gas since April. Prices at the pump rose by roughly 14 cents a gallon last month to $2.74 during Memorial Day weekend, according to AAA's Daily Fuel Gauge Report.

Additional spending at restaurants was subdued last month, inching up just 0.1 percent. But over the past year, restaurant and bar receipts have surged 8.2 percent.

Economists watch the retail sales report closely because it provides the first indication each month of the willingness of Americans to spend. Consumer spending drives 70 percent of the economy. Yet retail sales account for only about one-third of spending, with services such as haircuts and Internet access making up the other two-thirds.

Job gains over the past year have driven down the unemployment rate to 5.5 percent from 6.3 percent in May 2014. Still, many Americans were hesitant to spend as their incomes were barely rising above inflation. Average hourly earnings grew 2.3 percent over the past 12 months, a pace that has recently accelerated but remains below the 3 percent level typical in a healthy job market.

Broader consumer spending — which includes services — was unchanged in April, the Commerce Department reported separately. On the whole, Americans chose to set aside a larger share of their paychecks. The savings rate reached 5.6 percent of after-tax incomes, the second highest level since December 2012.