Fiat Chrysler said Tuesday it is appealing a Georgia court's order to pay $40 million to the family of a child who died in a Jeep fire. 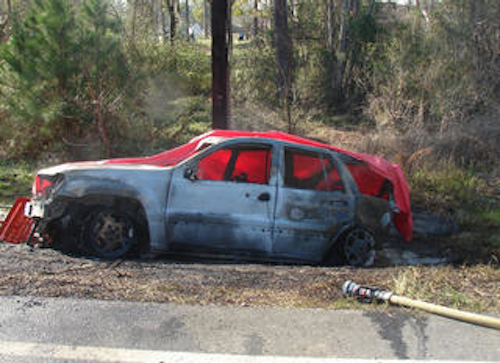 DETROIT (AP) — Fiat Chrysler said Tuesday it is appealing a Georgia court's order to pay $40 million to the family of a child who died in a Jeep fire.

Earlier this spring, a 12-person jury found Fiat Chrysler negligent and awarded $150 million in damages to the family of 4-year-old Remington Walden. He died in 2012 after a Jeep Grand Cherokee he was riding in was hit from behind and burst into flames. The Jeep's gas tank was mounted behind the rear axle, leaving it vulnerable in a rear crash.

Last month, Decatur County Superior Court Judge J. Kevin Chason reduced the damages to $40 million but rejected Fiat Chrysler's request for a new trial. Chason said he saw no evidence to support Fiat Chrysler's claim that the jury acted with passion and prejudice. He also said the evidence against the automaker was overwhelming.

Fiat Chrysler says the lower damages don't undo the errors in the trial. The case now heads to the Georgia Court of Appeals, which could lower the damages, overturn the decision or take other actions.

At least 75 people have died in post-crash fires involving several Jeep models with rear-mounted gas tanks. The problem led to the recall of 1.56 million Grand Cherokees and Libertys to install trailer hitches to protect the tanks in low-speed crashes. Fiat Chrysler says the Jeeps are as safe as comparable SUVs from the same era.

Late last month, Fiat Chrysler agreed in a deal with government safety regulators to offer $100 gift cards to entice owners of recalled Jeeps to get the trailer hitch installation. The company also agreed to offer an extra $1,000 for people trading in 1993 to 1998 Grand Cherokees for a new Fiat Chrysler vehicle.