The U.S. economy grew at a sizzling 5 percent annual rate in the July-September period, the fastest in more than a decade, on the strength of consumer spending and business investment. 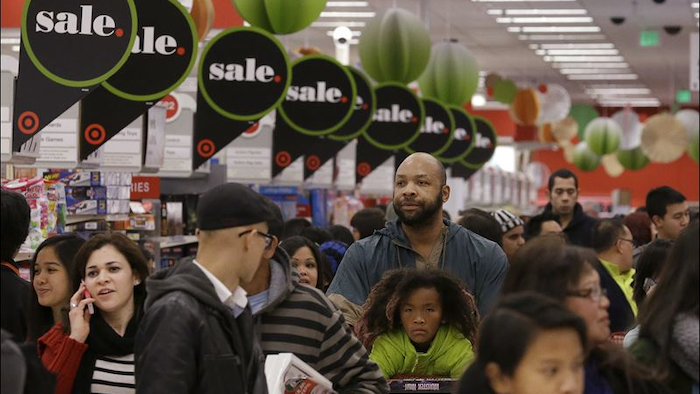 WASHINGTON (AP) — The U.S. economy grew at a sizzling 5 percent annual rate in the July-September period, the fastest in more than a decade, on the strength of consumer spending and business investment.

The resurgence in growth last quarter provided the latest evidence that the U.S. economy is steadily strengthening and outshining most others around the world.

The Commerce Department on Tuesday sharply revised up its estimate of third-quarter growth from a previous figure of 3.9 percent. Much of the increase came from consumer spending on health care and business spending on structures and computer software.

It was the fastest quarterly growth since the summer of 2003, and it followed a 4.6 percent annual growth rate in the April-June quarter.

Most analysts think the economy is slowing to an annual rate of around 2.5 percent in the current October-December quarter. And they foresee growth around 3 percent in 2015. That would still be the strongest expansion since the economy grew 3.3 percent in 2005, two years before the Great Recession began.

The 2007-2009 downturn, the worst since the 1930s, cost millions of people their jobs. Since then, the economy has struggled to regain full health. Even after the recession officially ended in June 2009, the economy has turned in tepid growth averaging 2.2 percent annually.

But many economists think growth is set to accelerate as more businesses have grown confident about hiring. The country is on track to have its healthiest year for job growth since 1999. In November, employers added 321,000 jobs, the sharpest one-month increase in three years.

With more people working and having money to spend, solid gains are expected in consumer spending, which accounts for about 70 percent of the economy.

For the third quarter, consumer spending grew at a 3.2 percent rate, the best showing this year and a full percentage point higher than the estimate the government made a month ago. That upward revision was driven by higher spending on health care.

Business investment spending rose at a 7.2 percent annual rate, 2.1 percentage points more than the government's previous estimate. Much of the new strength came from investment in structures and computer software.

The estimate released Tuesday was the government's third and final look at third-quarter growth in the gross domestic product — the value of all goods and services produced in the United States.

It would be the first-ever faculty strike at an Oregon public university.
Apr 6th, 2021
Follow Us
Most Recent