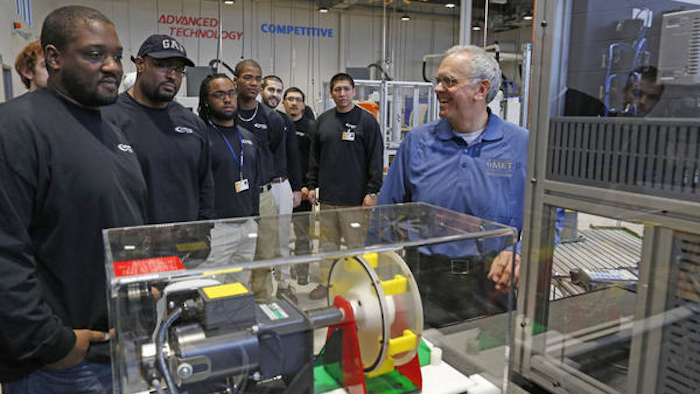 "With successful efforts like Manufacturing Day, we’re acting now to take the promise of a career in manufacturing directly to communities across the country," said National Association of Manufacturers President and CEO Jay Timmons.

Timmons will begin his 2015 State of Manufacturing tour, meanwhile, this week with a stop at Purdue University.

Although recent federal numbers showed the largest compensation increase in the manufacturing sector in three years, and despite a report showing workers in manufacturing make 11 percent more on average than their non-manufacturing counterparts, manufacturers remain concerned about a growing U.S. trade deficit and a lack of skilled workers needed to fill manufacturing jobs.