The White House said Obama will announce Wednesday in Raleigh that a consortium of 18 business and six universities, led by North Carolina State University, has been chosen to lead a manufacturing innovation institute to develop next-generation power electronics. 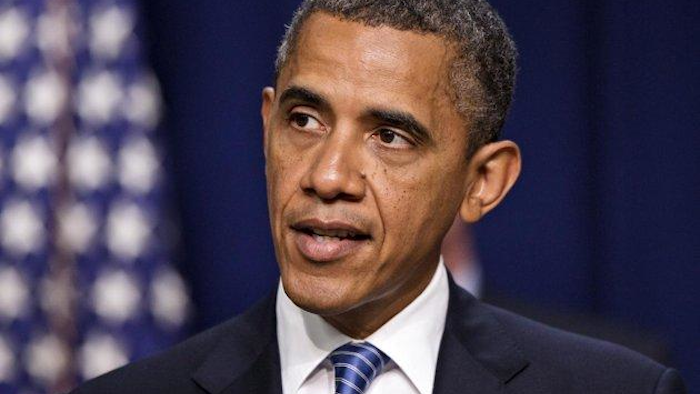 WASHINGTON (AP) -- Highlighting the growing manufacturing sector of the U.S. economy, President Barack Obama is proposing new ways for the government and the private sector to help keep those jobs coming.

The White House said Obama will announce Wednesday in Raleigh that a consortium of 18 business and six universities, led by North Carolina State University, has been chosen to lead a manufacturing innovation institute to develop next-generation power electronics. It's the first of three such hubs that Obama called for in his State of the Union address last year.

Battered by the calamitous rollout of the federal health insurance website and the lowest job approval ratings of his presidency, Obama has sought to stay focused on the unsteady economic recovery and jobs and position himself as a champion of working-class people and the jobless.

His first White House appearance after returning from vacation in Hawaii was to call on Congress to reinstate long-term unemployment benefits. The program expired late last month and immediately cut off financial aid for more than 1.3 million people who have exhausted their state-paid unemployment benefits.

Senate votes Tuesday on a pair of Democratic-drafted proposals to reinstate the program fell short of the tally needed for passage.

Obama's quick stop in North Carolina, his first official business trip of the new year, also comes after the government reported last Friday that employers added just 74,000 jobs in December. The report raised fresh concerns about the pace of the economic recovery. The national unemployment rate also fell three-tenths of a percentage point, from 7 percent to 6.7 percent, to its lowest level in more than five years, but only because a wave of job-seekers had given up looking for work. That meant the government no longer counted them as unemployed.

Obama acknowledged the muddled economic picture as he sat down with his Cabinet on Tuesday.

"The economy is improving, but it could be improving even faster," he said at the White House. "A lot of people are doing better than they were in the depths of the recession, but there are still a lot of folks who need help." Obama said he'll continue to work with Congress on new job-creation measures but won't hesitate to use his executive authority to get things done.

One source of help could be the manufacturing innovation institute Obama was announcing.

The new manufacturing institute, run by a collaboration among 18 companies and six universities, will focus on developing the next generation of energy-efficient, high-power electronic chips and devices that will be used to help make things like motors, consumer electronics and other devices that support the power grid smaller, faster and more efficient.

The White House says the institute will help create well-paying jobs and grow the middle class. The Energy Department is awarding $70 million over five years, matched by at least an identical amount in commitments by the winning team of businesses and universities as well as the state of North Carolina.

Before the speech, Obama was to tour a Durham, N.C., company that manufactures drives to make electric motors more energy-efficient by controlling their speed. The Raleigh-Durham region of North Carolina is known for its research and development industry.

In last year's State of the Union address, Obama proposed using $200 million in existing federal money to create three new manufacturing institutes, including the one he was announcing Wednesday. The selection process continues for the other two institutes. Obama also called on Congress to create a network of 15 such hubs, but lawmakers ignored the request.

Obama is set to stand before the nation and deliver this year's address Jan. 28.

While the economy was the reason for Obama's trip, it wasn't without a dose of political drama.

Kay Hagan, the state's Democratic U.S. senator, did not plan to join Obama as lawmakers often do when a president visits their turf. Her office said she wouldn't be there because the Senate is in session, an explanation Republicans weren't buying. The GOP hopes unhappiness with Obama's health care law and Hagan's support for it will help topple her in November and help the party take back the Senate.

Hagan's decision has raised questions about whether Obama has become a drag on vulnerable Democrats facing re-election.