The Obama administration on Wednesday named 12 regions of the country that will receive special attention under a new federal program designed to help make them more attractive to manufacturing companies looking for a place to set up operations, provide a boost to the U.S. manufacturing industry and create jobs. 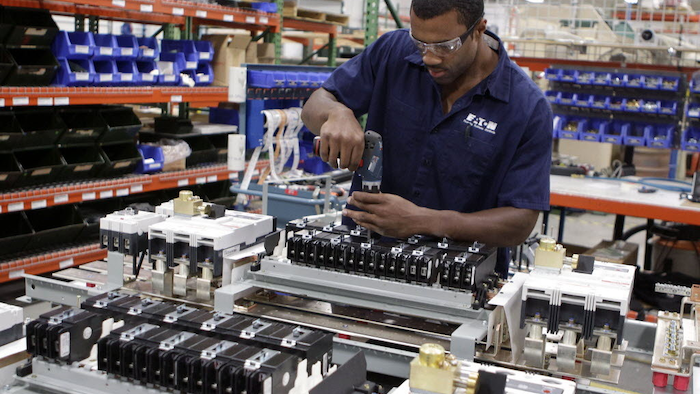 WASHINGTON (AP) -- The Obama administration on Wednesday named 12 regions of the country that will receive special attention under a new federal program designed to help make them more attractive to manufacturing companies looking for a place to set up operations, provide a boost to the U.S. manufacturing industry and create jobs.

The Investing in Manufacturing Communities Partnership was started last September to encourage communities to develop long-term plans to compete for these companies and the jobs and economic infusion they would bring. The partnership taps the resources of 11 federal departments and agencies that have $1.3 billion in economic development funds, from the departments of Commerce, Labor, Transportation, and Housing and Urban Development, to the Environmental Protection Agency and the Small Business Administration.

The partnership marks another attempt by the administration to give a lift to the U.S. manufacturing industry, which has suffered as the U.S. economy has shifted away from manufacturing and companies have moved many of these jobs to countries with cheaper labor costs.

President Barack Obama has made an effort to boost U.S. manufacturing. Nearly 650,000 such jobs have been created in the past five years, the White House said.

The regions were chosen from more than 70 that applied, and are:

— Southwest Alabama, led by the University of South Alabama.

— The Chicago metro region, led by the Cook County Bureau of Economic Development.

— The New York Finger Lakes region, led by the City of Rochester.

— Southwestern Ohio Aerospace Region, led by the City of Cincinnati.

— The Tennessee Valley, led by the University of Tennessee.

— The Milwaukee 7 Region, led by the Redevelopment Authority of the City of Milwaukee.

Exxon: Oil Will Be Top Energy Source For Years