U.S. manufacturing output declined in August for the first time in seven months, reflecting a sharp fall in production at auto plants that was due mainly to seasonal adjustment problems. 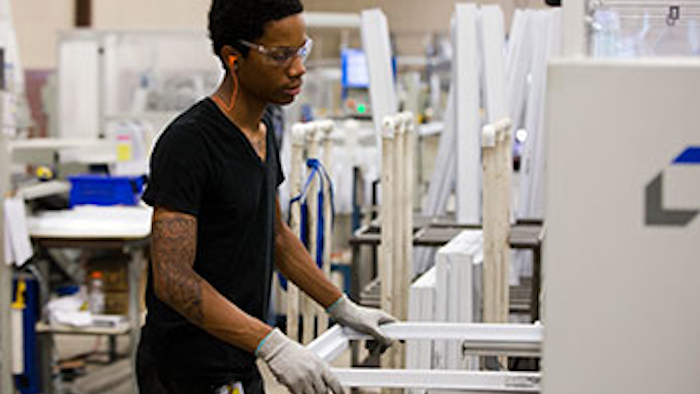 WASHINGTON (AP) — U.S. manufacturing output declined in August for the first time in seven months, reflecting a sharp fall in production at auto plants that was due mainly to seasonal adjustment problems.

Output at manufacturing plants fell 0.4 percent in August after a 0.7 percent rise in July, the Federal Reserve reported Monday. Total industrial production was down 0.1 percent in August, also the first setback for the overall figure since January. Output was up in mining and utility production but these gains were not enough to offset the decline in manufacturing.

Output of motor vehicles and parts dropped 7.6 percent after a 9.3 percent increase in July. The reversal was not viewed as worrisome. The July figure was boosted because many plants did not shut down as they normally do to retool for new models. That made August look weaker.

Economists had been looking for a weaker figure for factory output in August as auto activity returned to more normal levels. The fact that there were fewer plant shutdowns in July made output look stronger after the government adjusted the figure for normal seasonal variations. And that seasonal adjustment then made the August figures look weaker.

Outside of manufacturing, output at utilities rose 1 percent after a big 2.7 percent drop in July which reflected cooler-than-normal temperatures that month. Output in mining, a category that includes oil and gas production, rose 0.5 percent in August after a 0.3 percent drop in July.

Paul Dales, senior U.S. economist at Capital Economics, said he was not overly concerned by the dip in industrial production because it reflected a temporary seasonal adjustment problem. He said gains in a number of industries outside of autos "underlines that industry remains healthy."

A broad increase in manufacturing this year has pointed to stronger growth across the economy, suggesting that manufacturers expect business investment and consumer spending to improve in the coming months.

A separate report from the Institute for Supply Management showed that U.S. manufacturing rose on the ISM index to the highest level in more than three years. The ISM manufacturing gauge increased to 59, the highest point since March 2011. The index in July stood at 57.1. Any reading above 50 signals that manufacturing is growing.

Factories are benefiting from strong demand for aircraft, furniture and steel. The boost in manufacturing has helped to offset a slowdown in home building, but U.S. manufacturers face challenges in some of their major export markets. The European economy is performing sluggishly while slower growth in China has weighed on business activity in that country.

The U.S. economy grew at a 4.2 percent annual rate in the April-June quarter, a significant rebound from a 2.1 percent contraction in the first quarter that reflected in part a severe winter that disrupted a number of activities.

Economists expect that continued gains in employment will spur consumer spending and translate into annual growth of around 3 percent in the second half of this year.