U.S. consumer prices edged down in August, the first monthly drop since the spring of 2013, as gasoline, airline tickets and clothing prices all fell. It was the latest evidence that inflation remains under control. 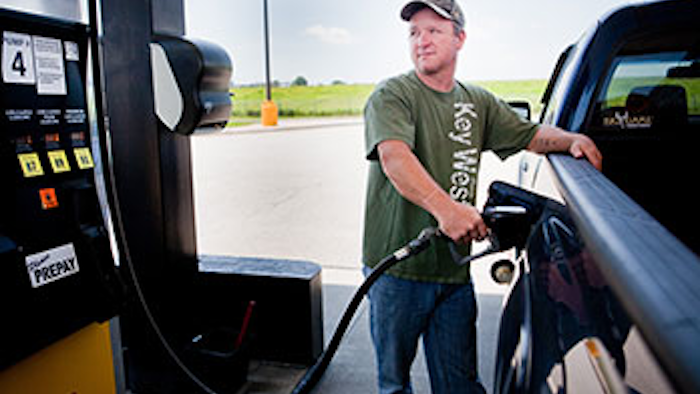 WASHINGTON (AP) — U.S. consumer prices edged down in August, the first monthly drop since the spring of 2013, as gasoline, airline tickets and clothing prices all fell. It was the latest evidence that inflation remains under control.

Consumer prices edged down 0.2 percent last month following a tiny 0.1 percent gain in July, the Labor Department reported Wednesday. It was the first decline since a similar 0.2 percent drop in April 2013. Core prices, which exclude energy and food, were unchanged in August, the first time there hasn't been an increase since October 2010.

Over the past 12 months, overall prices and core prices are both up a modest 1.7 percent. These gains are well within the 2 percent annual increase for inflation that the Federal Reserve considers optimal.

Ian Shepherdson, chief economist at Pantheon Macroeconomics, said that the drop in prices would give a "powerful boost" to "doves" on the Fed, officials who argue that at the moment unemployment and weak economic growth are bigger problems than the threat of future inflation.

Analysts believe that inflation will remain moderate in coming months, helped by falling energy prices. AAA reports that the nationwide average for a gallon of gasoline is down to $3.38, down eight cents from a month ago and 14 cents lower than a year ago.

The recent decline in gasoline prices is one reason that economists are optimistic that consumer spending will show solid gains in the coming months. A drop in gasoline prices means consumers will have more to spend on other items.

Food costs edged up 0.2 percent in August following a 0.4 percent July. Over the past 12 months, food costs have risen 2.7 percent reflecting drought in California that has cut into crop yields.

The cost of new vehicles and alcoholic beverages were up in August but the price of airline fares, recreation, home furnishings, clothing and used cars were all down.

The report on consumer prices was released as the Federal Reserve wrapped up two days of discussions Wednesday on what to do with interest rates.

The Fed seeks to promote maximum employment and stable prices, which the Fed defines as inflation rising at a moderate 2 percent annual rate. Price increases measured by the Fed's favorite inflation gauge have been running below 2 percent for the past two years.

That has given the central bank the leeway to keep interest rates ultra-low in an effort to combat an anemic economic recovery. However, some critics say the Fed needs to start raising rates in coming months to make sure its prolonged period of easy credit policies does not set the stage for future inflation problems.