U.S. Small Companies May Pay More For Steel And Aluminum

Many small companies in the United States can expect to pay more for steel and aluminum following the Trump administration's imposition of tariffs on imports from Europe, Canada and Mexico, small business advocacy groups say. 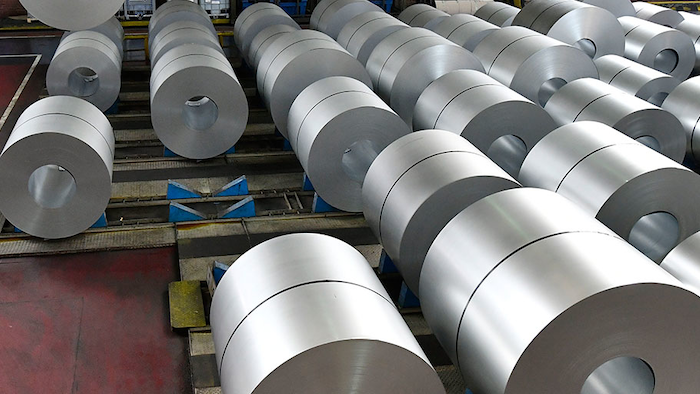 Many small companies in the United States can expect to pay more for steel and aluminum following the Trump administration's imposition of tariffs on imports from Europe, Canada and Mexico, small business advocacy groups say.

Business owners also face the prospect of higher costs if the administration follows through on threats to impose tariffs on $50 billion in imports from China — and if trade wars break out as other countries retaliate with tariffs or restrictions of their own that could hurt U.S. exporters.

While the administration imposed the 25 percent tariff on steel and 10 percent tariff on aluminum because of what it called unfair trading practices by other countries, President Donald Trump has also said tariffs will make U.S. metals producers more competitive and create jobs.

But even if domestic producers benefit, many small manufacturers and other businesses will see their profits squeezed as tariffs drive up costs for raw materials and components and products made with steel and aluminum, says Raymond Keating, chief economist with the advocacy group Small Business & Entrepreneurship Council. He predicts that prices for U.S.-made metals and products will rise as well.

"They've got to show some real ingenuity and agility," Keating says of business owners. "They've got to try to figure out how to either increase productivity or decide, 'Where am I going to be able to cut other costs?'"

While the tariffs on European, Canadian and Mexico metals went into effect Friday, it's not yet known how prices for specific products will be affected. And those countries are expected to retaliate with higher tariffs or by making it more difficult for U.S. companies to export their goods.

"There is such a lack of clarity that makes it difficult for people who will be directly impacted to say how and when to plan," says Molly Day, spokeswoman for the advocacy group National Small Business Association. She noted that companies all along the supply chain can be affected as higher costs are passed along to customers — for example, a company that has business cards made may be paying more because printing equipment largely made out of metal will be more expensive.

Small U.S. exporters, especially those who are just beginning to sell overseas, are likely to be most vulnerable if there is retaliation. They don't have what is called economies of scale, the ability to offset their costs against millions or billions of dollars in revenue like huge corporations can.

U.S. retailers are also worried about fallout from proposed tariffs on Chinese goods. At a hearing last month, the industry group the National Retail Federation told Trump administration trade officials that if tariffs are imposed on consumer goods from China, retailers will be forced to pay higher prices because they won't be able to find cheaper alternatives made in the U.S. or other countries.

While Trump contends that tariffs will bring steel and aluminum industry jobs back to the U.S., that isn't likely to happen anytime soon, Keating says.

"The idea that there are plants sitting idle that are going to suddenly ramp up is naive," he says.