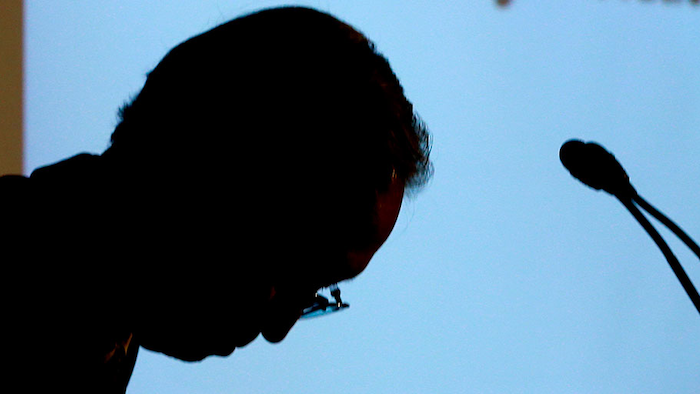 Tokyo-based Toshiba Corp. needs cash from such a sale to shore up its finances after it suffered massive losses in its nuclear power division.

Toshiba warned Western Digital to stop interfering, according to letters obtained Tuesday by The Associated Press. The letters from the company's lawyers, dated May 3, accused Western Digital of "improper" interference.

Western Digital bought SanDisk, Toshiba's longtime partner in making flash memory chips, last year. It has argued the sale might violate terms of the joint venture with Toshiba, according to the letters.

Such sales can be sensitive because they involve the transfer of technology.

South Korea's SK Hynix is also reportedly a bidder. A Japanese consortium including government-affiliates like the Development Bank of Japan and the public-private Innovation Network Corp. of Japan are said to be preparing a bid with U.S. private equity firm Kohlberg Kravis Roberts. The financial newspaper Nikkei reported last month that Western Digital might join that effort.

Toshiba is projecting a trillion yen ($9 billion) in losses for the fiscal year that ended in March, although auditors have refused to sign off on its earnings report. The company is also embroiled in an accounting scandal.

Four nuclear reactors that Westinghouse is helping to build in South Carolina and Georgia are behind schedule and billions of dollars over budget, as costs soar after the nuclear disaster in Fukushima, northeastern Japan, six years ago.