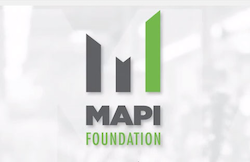 MAPI Foundation Director of Economic Studies Cliff Waldman wrote that a variety of complex circumstances — including economic and social forces, rising life expectancies and psychological factors — are likely contributing to the shift away from that structure, which the article defined as two married parents and one to three children.

Regardless of the reasons, the article said that rising instances worldwide of single-occupant homes, single parents and unmarried couples transcend geography, culture and economic standing.

"We are just beginning to understand the social, cultural, and political implications of the family structure," Waldman said. "As the world economy struggles to push past the financial crisis, we must also worry about the economic impacts of such a dramatic change in the way humans live."

The analysis said that changing demographic trends could drastically alter both consumer habits and the supply of labor.

Waldman wrote that the patterns could increase pressure on labor supplies that are already likely to decline in advanced and developing nations — "negatively affecting potential global economic growth."

In addition, the growing number of single-person families is likely to mean more urban residents that opt to rent instead of purchase a home. That shift alone would require changes in the volume and distribution of manufactured goods.

The automobile sector and its supply chains, in particular, could be hurt by growing urban households, while the pattern could also impact the food industry as consumers increasingly eat outside the household and forego bulk grocery purchases.

"The way business positioned itself in the 1950s to address the nuclear family — such as selling large buckets of butter — well, those products will need to change and cater more to singles," Waldman said. "The goods demand implication will likely be considerable."