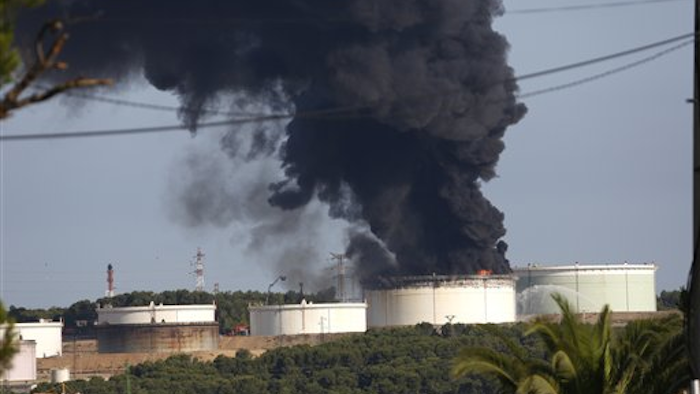 Authorities in the Bouches-du-Rhone region say they have launched an inquiry into the incident — which occurred Tuesday morning as the country began celebrations for its national Bastille Day.

No injuries were reported and at this stage, the blasts are being treated as a "coincidental accident," they said.

Some 120 firefighter and 50 vehicles were deployed to the site, operated by petrochemical company LyondellBasell, and air quality authorities are assessing whether the fumes pose a threat to the quality of the air in the surrounding areas.