The quality of cars and trucks made by European, Korean and U.S. companies has improved so much in recent years that Japanese automakers, long the industry standard, are having trouble keeping pace. 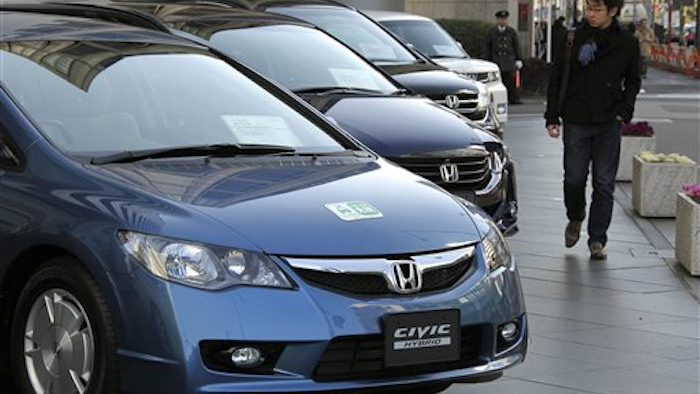 Detroit, Michigan — The quality of cars and trucks made by European, Korean and U.S. companies has improved so much in recent years that Japanese automakers, long the industry standard, are having trouble keeping pace.

The latest survey on new vehicle quality by the J.D. Power consulting firm also found that despite continued problems with entertainment and connectivity systems, quality is starting to improve for the auto industry as a whole. For the first time since 2012, buyers reported fewer problems in new cars and trucks than the previous year.

"The cars being built, for the most part, are very good quality coming out of the box," said John Humphreys, senior vice president of J.D. Power.

The industry score went up because many companies improved existing models, and the top companies did better with mechanical and infotainment quality of new models, J.D. Power said.

The 2015 survey of more than 84,000 car buyers in February and March found that Porsche was once again the top brand for quality. Kia vaulted five spots to take second place and its sister brand Hyundai finished fourth. Jaguar, in third, and Infiniti rounded out the top five finishers in the survey, which asked about problems in the first 90 days of ownership.

The worst-performing brands were Fiat, Smart, Chrysler, Subaru and Jeep. The car owners all had 2015 models.

The Korean brands have been improving quality for years by bringing consumers into the process as they design cars, especially with electronics, Humphreys said. U.S. and European brands also improved. The Japanese brands raised their overall score, but the rest of the industry improved at a faster rate, he said.

The shift, he said, is significant, because Japanese brands promote their quality and reliability, but that advantage is eroding and the Japanese will have to find another way to differentiate themselves.

The survey is the first major assessment of quality for 2015 vehicles, and it's closely watched by car shoppers. Consumer Reports magazine's influential quality study comes out in October and includes other years.

WINNERS AND LOSERS: Porsche, which won for the third year in a row, had 80 problems per 100 vehicles. Fiat was last of 33 brands with 161.

MOST IMPROVED: Infiniti climbed 18 spots to fifth in the rankings with 97 problems.