A Supreme Court ruling that undermined a federal rule targeting mercury pollution will not affect the Obama administration's plan to limit greenhouse gas emissions to slow the effects of global warming, the head of the Environmental Protection Agency said. 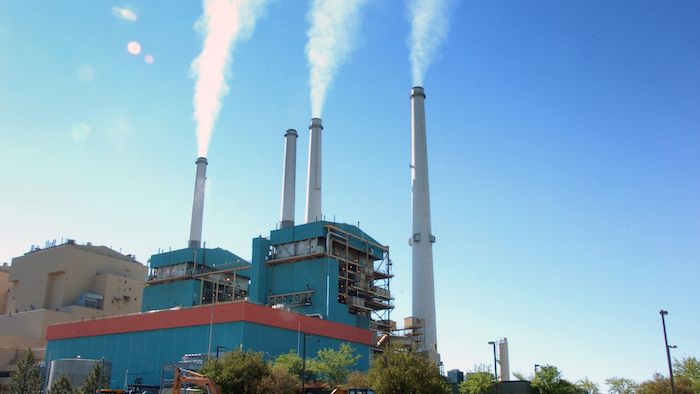 WASHINGTON (AP) — A Supreme Court ruling that undermined a federal rule targeting mercury pollution will not affect the Obama administration's plan to limit greenhouse gas emissions to slow the effects of global warming, the head of the Environmental Protection Agency said Tuesday.

EPA Administrator Gina McCarthy said she was disappointed with last week's court ruling, but said comparing the mercury rule to the nearly finalized climate plan is "comparing apples and oranges."

The Supreme Court, in a 5-4 decision, ruled June 29 that the EPA should have considered the costs and benefits of its plan before deciding to impose limits on mercury and other hazardous air pollutants.

McCarthy described the ruling as "very narrow" and said it posed little threat to the 2011 mercury rule and even less risk to the climate rule, a separate effort that sets unprecedented carbon dioxide limits for coal-fired power plants that contribute to global warming.

A majority of U.S. power plants have already invested millions of dollars to install pollution controls needed to comply with the mercury rule, so the practical effect of the court's ruling will be limited, McCarthy said at a speech sponsored by the Christian Science Monitor.

The court decision did not set aside the mercury rule, but merely returned it to a lower court to decide how a cost-benefits analysis should be conducted, McCarthy said, adding that she is confident the rule eventually will be implemented.

"There's very compelling reasons for the utilities to continue to treat this as a requirement, and I think you'll see them doing that," she said.

Meanwhile, the Obama administration is on track to complete the so-called Clean Power Plan next month, McCarthy said. The plan is intended to cut earth-warming pollution from power plants by 30 percent by 2030, setting in motion one of the most significant U.S. actions ever to address global warming. Once completed, the rule will set the first national limits on carbon dioxide from existing power plants, the largest source of greenhouse gases in the U.S.

Congressional Republicans have vowed to block the rule and some GOP governors have said their states will not comply. McCarthy said she also expects a series of legal challenges to the rule, but said she is confident the administration will prevail.

"We're actually very good at writing rules and defending them in court, and this will be no exception," she said.

On a related topic, McCarthy slammed proposed spending cuts being pushed by Republicans in Congress, saying they could have significant impact on "the core functions of the agency."

The House is debating a bill this week that would slash the EPA's budget by 9 percent and block the agency from advancing a host of new rules, including the plan to reduce greenhouse gas emissions from existing power plants.

EPA officials receive calls daily from states and localities with questions about enforcement of environmental rules, McCarthy said, adding that the proposed budget cuts could make it difficult to answer those calls.

If the EPA can't answer those questions, who will? McCarthy asked. "Ghostbusters won't answer the phone," she said.