The U.S. economy's stumble at the start of 2015 is dragging down the world's growth to the lowest level since the Great Recession, the International Monetary Fund said Thursday. 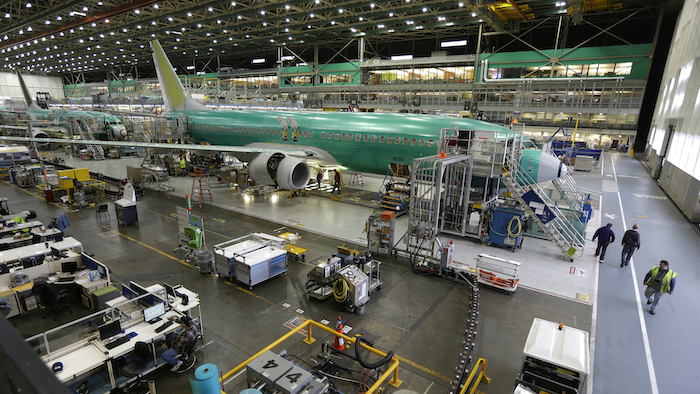 WASHINGTON (AP) — The U.S. economy's stumble at the start of 2015 is dragging down the world's growth to the lowest level since the Great Recession, the International Monetary Fund said Thursday.

The IMF forecasts 3.3 percent global growth this year, down from the 3.5 percent it predicted in April. That would be slowest pace of global growth since the world economy shrank slightly in the recession year 2009. The main culprit: The American economy, world's biggest, shrank at a 0.2 percent annual rate from January to March, hurt by nasty weather. The IMF last month cut the outlook for U.S. growth to 2.5 percent in 2015, from April's 3.1 percent. The U.S. economy grew 2.4 percent in 2014.

IMF research chief Olivier Blanchard downplayed the wider economic impact of the Greek debt crisis and the possibility that Greece could be forced to abandon the euro currency. "The effects on the rest of the world economy are likely to be limited," he said.

The IMF expects global growth to improve to 3.8 percent next year.

Meantime, America's first-quarter troubles are pinching its neighbors. The IMF trimmed Mexico's 2015 growth forecast to 2.4 percent from 3 percent and Canada's to 1.5 percent from 2.2 percent.

The multinational lending agency kept its forecast for China's economic growth unchanged at 6.8 percent this year and 6.3 percent in 2016.

The Chinese stock market has plunged, with the Shanghai Composite index down 30 percent from its peak less than a month ago. But Blanchard said: "We don't see it as a major macroeconomic issue." That is because ordinary Chinese mostly did not spend the paper gains in their stock portfolios as shares climbed to dangerous heights over the past year; so they are not likely to cut back now. Moreover, Blanchard said, the stock market is small compared with the size of China's economy, the world's second largest.