The proposal could provide significant benefits to American businesses, who would be able to enter a huge export market that's been essentially closed off for decades. 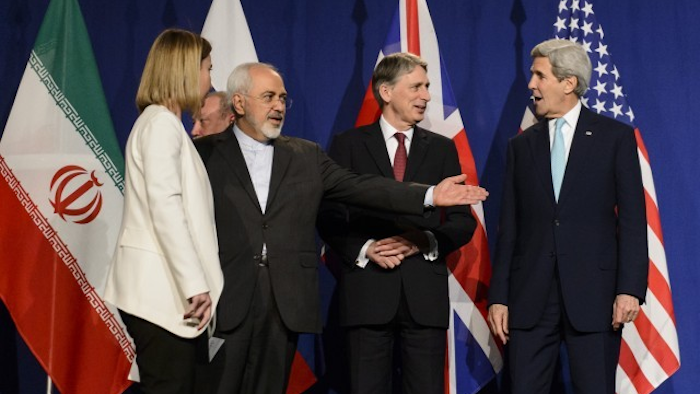 President Obama on Tuesday characterized a long-sought nuclear deal between Western powers and Iran as an agreement that makes the world "safer and more secure."

The proposal, however, could also provide significant benefits to American businesses, who would be able to enter a huge export market that's been essentially closed off for decades.

Should Iran meet the terms of the nuclear agreement, the U.S., European Union and United Nations Security Council would lift harsh sanctions on the Middle Eastern nation of more than 80 million.

Industries including medical supplies and food producers, along with selectively licensed companies like Coca-Cola, can already export certain products to Iran; the medical caveat allows General Electric, for example, to distribute MRI machines.

The Wall Street Journal, however, reported that Boeing is already involved in selling manuals and charts to Iran and that GE could consider expanding its offerings. Apple, meanwhile, is reportedly in talks with potential Iranian distributors.

The automotive industry, like the aerospace sector, could also benefit from a boom in Iranian purchases.

In addition, experts told CNBC that financial institutions and telecommunications would also likely benefit from the lifting of sanctions, although businesses could initially be cautious in an effort to address concerns from the American public.

"All of the major banking institutions in the industrial world will try to finance and facilitate increased trade with Iran," said Christopher Whalen of Kroll Bond Rating Agency in New York.

The largest economic impact, however, could be felt in the energy sector as Iran's massive oil reserves rejoin the global marketplace.

European oil companies were reportedly in talks with Iran months ago, and U.S. companies could also join those discussions.

The proposal announced this week, however, is far from a done deal. Obama must steer the agreement through a skeptical Republican Congress, and if Iran violates the terms of the deal, the sanctions would immediately "snap back" into place.