China is lifting its ban on sales of video game consoles to promote the industry and a new manufacturing zone in Shanghai. 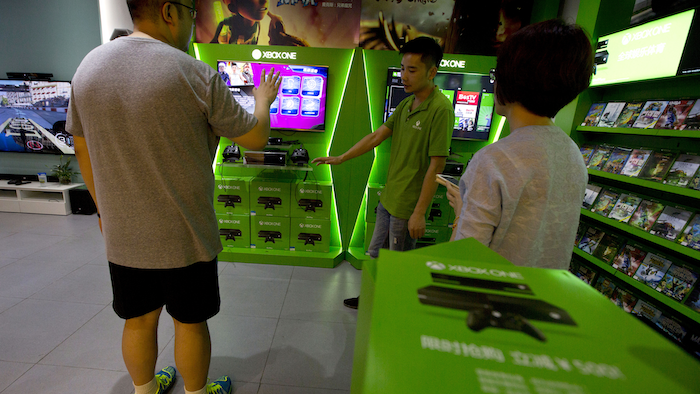 BEIJING (AP) — China is lifting its ban on sales of video game consoles to promote the industry and a new manufacturing zone in Shanghai.

Consoles produced in the Shanghai Free-Trade Zone will automatically be approved for sale in the rest of China, according to a Ministry of Culture notice dated Friday.

The announcement eases a sales ban imposed in 2000 due to concern Chinese children would waste time playing video games.

Communist leaders are promoting entertainment and technology development as part of a marathon effort to shift the world's second-largest economy to more sustainable growth supported by domestic consumption and cleaner industries.

The Shanghai trade zone was created in 2013 and gives foreign companies wider access to a range of industries, allowing bigger ownership stakes and activities that are prohibited elsewhere in China.

Sony Corp. and Microsoft Corp. both have announced plans to manufacture game consoles in the Shanghai zone with Chinese partners.

"We welcome the move," said a Sony spokesman, Sousuke Kamei, in an email. "We remain committed to deliver fun and exciting console gaming experiences to as many Chinese users as possible."

The latest rules are intended to promote technology development and a "healthy and progressive" entertainment environment, the ministry notice said.

Content of games will be subject to censorship, it said.