The makers of Templeton Rye have agreed to settle three class-action lawsuits that disputed claims the company made about the origin and production of its whiskey. 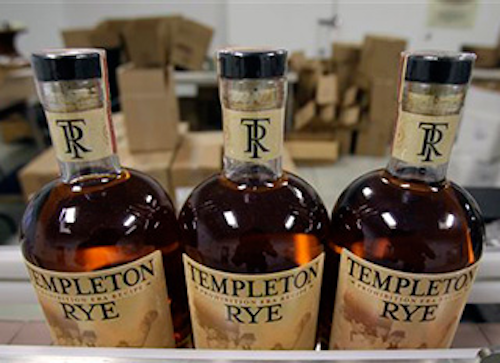 DES MOINES, Iowa (AP) — The makers of Templeton Rye have agreed to settle three class-action lawsuits that disputed claims the company made about the origin and production of its whiskey.

Under the agreement, the company must change its labeling on its bottles and language on its website, according to documents filed in Polk County District Court. Templeton Rye also must establish a fund that could be used to pay back customers who bought bottles of the drink, The Des Moines Register reported.

Specific details about the settlement aren't yet public since the document hasn't been filed in an Illinois court, where two of the three lawsuits are filed.

Messages seeking comment from attorneys for the two Illinois plaintiffs were sent Monday by the newspaper. A West Des Moines attorney handling the Iowa lawsuit referred all questions to Templeton Rye.

The company was accused of marketing its whiskey as being made in Iowa, when its recipe actually was based on a stock spirit made in an Indiana distillery. The suits claimed the company misled customers by labeling their product as a "small batch rye."

But Templeton Rye argued that the issue amounts to a misunderstanding about its production process.

Kerkhoff had said the company hired a flavor engineering firm to develop a list of ingredients that replicates the taste of a recipe that was passed down through the Kerkhoff family. He said those ingredients are blended with the stock whiskey at the Templeton distillery to create a unique drink.