EPA to Study Impact of Pesticides on Endangered Species

A settlement between an environmental advocacy group and federal regulators will require the U.S. Environmental Protection Agency to evaluate two common agricultural pesticides. 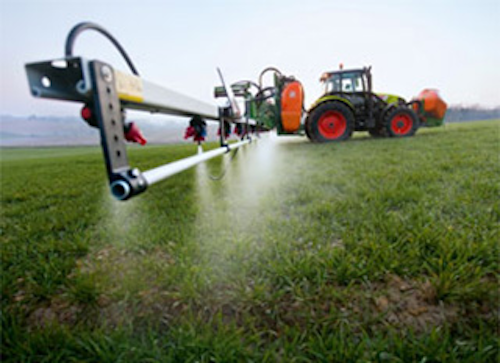 A settlement between an environmental advocacy group and federal regulators will require the U.S. Environmental Protection Agency to evaluate two common agricultural pesticides.

The Center for Biological Diversity said that under the terms of the settlement, the EPA will study the impact of glyphosate and atrazine — the most common pesticides in use in the U.S. — on some 1,500 endangered plants and animals by June of 2020.

The group alleged that the EPA for decades enabled the use of pesticides while disregarding its legal obligation to consider their impact on endangered species.

“This settlement is the first step to reining in the widespread use of dangerous pesticides that are harming both wildlife and people,” said the CBD's Brett Hartl.

Glyphosate is an ingredient in Monsanto's Roundup and other herbicides; its use increased in recent years as more crops were genetically engineered to resist it.

CBD officials blamed the prevalence of glyphosate for the decline of the monarch butterfly and other species. An international health agency also classifies the chemical as a probable human carcinogen. Monsanto officials said that finding was “starkly at odds with every credible scientific body that has examined glyphosate safety.”

Atrazine, meanwhile, harms reproduction in frogs, according to CBD, and is linked to serious health issues in humans. The analysis will also propazine and simazine, which are chemically similar to atrazine.

"The EPA should have banned this years ago," Hartl said of atrazine.