Workers in Dubuque have begun cooking up Spam — a pork product loved by many and mocked by others — after the completion of a $36 million expansion of a Hormel Foods plant. 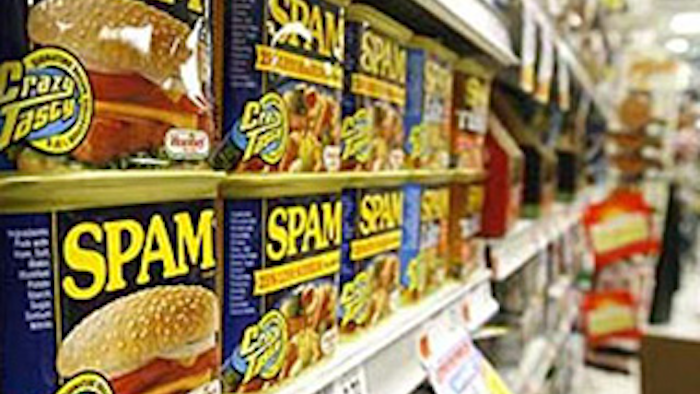 DUBUQUE, Iowa (AP) — Workers in Dubuque have begun cooking up Spam — a pork product loved by many and mocked by others — after the completion of a $36 million expansion of a Hormel Foods plant.

The Progressive Processing plant already produced several microwavable products for the company, and the addition of Spam and a Bacon Bits line has enabled the plant's workforce to grow to 303 employees. That's up from 60 workers when the plant opened in 2010.

"This is where the Spam starts — the next step off the pig," plant manager Mark Zelle said while touring the plant with Hormel executives and state officials.

Spam has been produced since 1937, but it became far better known during World War II, when more than 100 million pounds of the spiced meat was shipped to service members overseas.

Besides Dubuque, Spam is produced at plants in Fremont, Nebraska, and Austin, Minnesota, where Hormel is based.

Zelle said the company has had difficulty hiring skilled workers, especially those overseeing maintenance. The company is paying for two maintenance trainees to attend courses at a local community college.

The 342,000-square-foot building has been recognized for its efficiency in water and energy use.