Teamsters Caution That Sysco, US Foods Merger Could Harm Competition

The Teamsters Union cautioned the Federal Trade Commission staff investigating Sysco's proposed acquisition of US Foods that a merger of the top two U.S. foodservice providers could limit competition and negatively affect consumers and food suppliers. 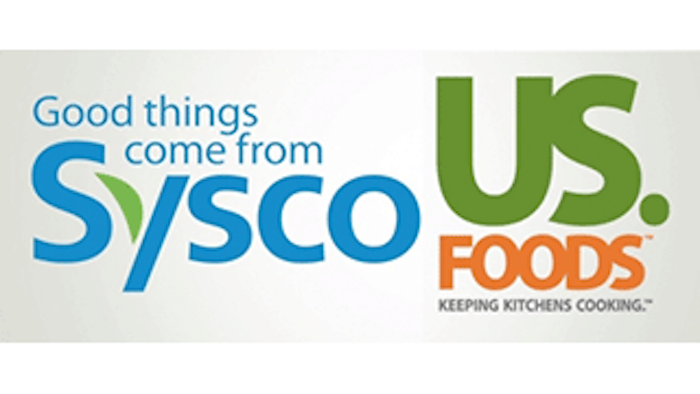 Teamsters represent more than 7,600 Sysco warehouse workers and drivers and nearly 4,000 at US Foods covering 70 warehouses in the U.S.

"Our members are the daily connection between these companies and their customers," said Teamsters General President Jim Hoffa. "They know the structure and operations of the businesses firsthand and provide a perspective vital to any examination of the effects a merger would have on this industry."

Sysco's $8.2 billion buyout ($3.5 billion cash plus $4.7 billion in debt) is currently under review by the FTC and a multi-state committee of attorneys general, tasked with examining the effects on competition.

Sysco and US Foods are the two largest providers of foodservice supplies in an industry built on contracts with not only restaurants, but also multimillion dollar federal and state deals with the military, schools and universities, prisons and other agencies as well as airports, hospitals and hotels.

"The costs of this merger will be borne not only by people who want to go out for dinner with their families, but by taxpayers who fund public institutions, travelers, elderly patients in nursing homes and the employees. It deserves careful and deliberate scrutiny," Hoffa said.

Founded in 1903, the International Brotherhood of Teamsters represents more than 1.4 million hardworking men and women in the United States, Canada and Puerto Rico. Visit www.teamster.org  for more information. Follow us on Twitter @TeamsterPower.