Some residents of Crested Butte, Colorado are upset after local officials gave the go-ahead to Bud Light to take over the town, fence it in and literally paint it blue for an upcoming weekend event. 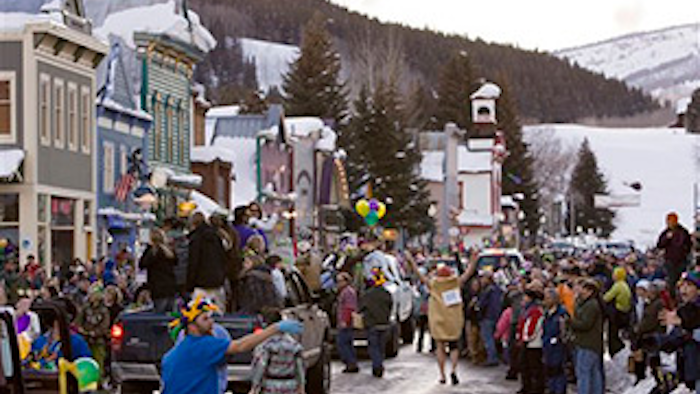 DENVER (AP) — Some people in normally laid back Crested Butte are not up for "Whatever" — a secretive Bud Light plan to paint their mountain town blue and turn it into a fantasy town for an online and television ad campaign.

Secrecy has been part of the "Are you up for Whatever?" campaign from its beginning at last year's Super Bowl when Arnold Schwarzenegger appeared in a spot playing pingpong with Don Cheadle in an elevator with a llama. Town councilors have been quietly working on the plan since the spring. Word began leaking out recently as outsiders showed up with measuring tapes and checklists, telling locals they couldn't talk about what they were doing and booking lots of hotel rooms.

Residents, including some in costumes, packed a three-hour meeting to talk about the event on Monday night. Some said they backed it as a way to make money for the town but others worried joining forces with a large company would damage the image of a town that hosts an annual film festival and is more partial to craft beers.

Kevin McGruther, who came dressed in Mickey Mouse ears, said he objected to the town being turned into Disneyland. Former U.S. Sen. Tim Wirth, who lives in Crested Butte, also opposed the idea and the secrecy surrounding it.

Dan Marshall, an event planner hired by the town, said the secrecy was necessary to avoid the town being overrun by people wanting to be a part of the event.

Izzy's bagel shop owner Craig Maestro said he was too angry to attend the meeting and vowed to rip down any blue fencing in front of his shop.

"It's an absolute disrespect to the community to keep it secret from us," he said.