Around 30,000 bottles of wine falsely labeled as Brunello di Montalcino, Chianti Classico and other premium wines have been seized by Italian police. Investigators were alerted to the fraud by consumers who recognized the impostors as "normal table wine." 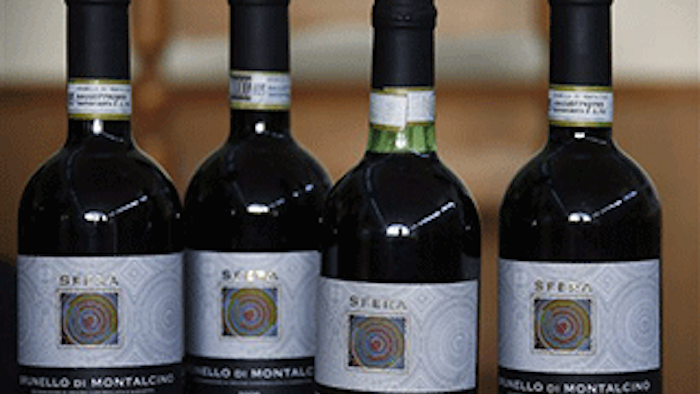 Siena Carabinieri Col. Marco Grandini said investigators were alerted to the fraud by consumers who recognized the impostors as "normal table wine."

With a bottle of Brunello running some 30 euros ($40), Grandini estimated the fraud in the hundreds of thousands of euros (dollars).

Authorities seized the counterfeit wines from restaurants, wine bars and grocery stores in central Italy. Authorities say some of the falsely labeled wines may have been bound for international markets, including the United States.

The head of the Brunello di Montalcino Consortium, Fabrizio Bindocci, said Thursday the wines did not originate from his territory, and that producers were the victims of fraud.