Would You Eat A Burger Made From Landfill Gas?

Scientists at two biotechnology startups — California-based Calysta Inc. and a company in India called String Bio — have succeeded in producing beef-like products from methane, which is emitted from landfills, farms and oil and gas extraction. 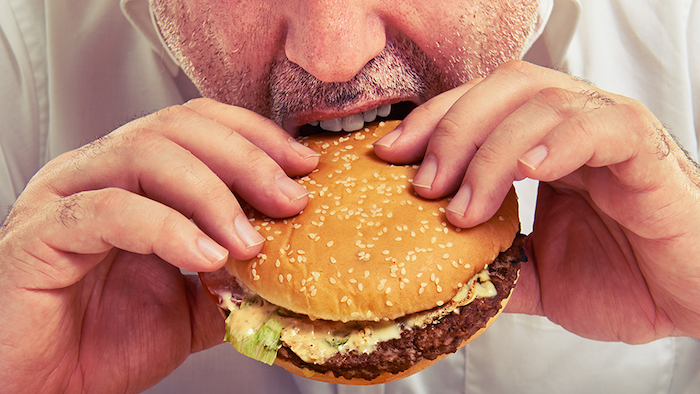 If consumers can get past thinking about where the burgers come from, edible protein made from methane emissions might one day become a common product at the grocery store.

Right now, scientists at two biotechnology startups — California-based Calysta Inc. and a company in India called String Bio — have succeeded in producing beef-like products from methane, which is emitted from landfills, farms and oil and gas extraction.

According to Bloomberg, the researchers start with a liquid containing methane and feed it to bacteria found in soil. This triggers a fermentation process, but instead of producing alcohol, protein is released into the water. This protein is then dried into a brown powder that is already being used to make animal feed.

The companies are now hoping to harness the technology to make food fit for human consumption. String Bio has so far won $200,000 in financial backing from the Indian government. Calysta has received about $40 million in funding from several major investors, including Cargill Inc. and Mitsui & Co.

Methane comprises 10 percent of all U.S. greenhouse gas emissions, but is 86 times more potent than carbon dioxide over a 20 year period.

String Bio says it is able to source methane that’s captured at landfills, farms and sewage plants, but that it may have to also produce biogas methane to supplement its supply. For now, the company is only producing a few kilograms a month at a pilot plant, but it is looking for investors to help commercialize its operations.

Calysta is already in the midst of constructing a commercial-grade plant in Tennessee. The $500-million facility is slated to begin producing 200,000 metric tons of edible protein a year when it reaches full capacity. The company plans to bring the plant online in 2019.

Because natural gas prices in the U.S. have remained depressed, the economics for Calysta’s facility, which will use natural gas as a feedstock, are making it a more favorable option than the cost of producing other proteins.

As for the taste?

According to one of the co-founders String Bio, it’s not far from tofu or a “steak-like” product. But she admitted to Bloomberg that they’ll be partnering with chefs to find the best ways to serve it up.