The identity of Texas' lethal drug supplier would remain confidential under a measure the Republican-controlled state Senate gave initial approval to Monday — a move that rebuffs calls to lift the secrecy over execution drugs in the nation's busiest death chamber. 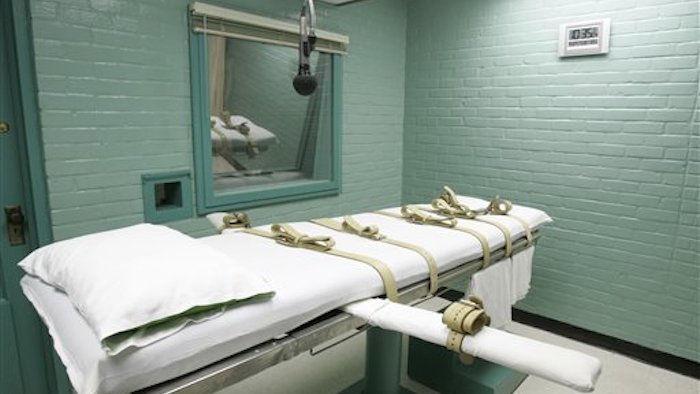 AUSTIN, Texas (AP) — The identity of Texas' lethal drug supplier would remain confidential under a measure the Republican-controlled state Senate gave initial approval to Monday — a

move that rebuffs calls to lift the secrecy over execution drugs in the nation's busiest death chamber.

The bill that would exempt makers of death penalty drugs from public disclosure easily passed a day before a 32-year-old Houston man was scheduled to become the seventh convicted killer executed in Texas this year.

If Republican Gov. Greg Abbott signs the measure by the end of the month, even death row inmates in Texas wouldn't know where the state is getting the drugs used to execute them.

Democrats tried adding exceptions if drugs are found to be defective — raising constitutional protections of cruel and unusual punishment — but Republicans blocked their efforts.

"Whatever we do in terms of putting someone to death, regardless of the circumstances, we cannot do it in a way that violates the Eighth Amendment," Democratic state Sen. Kirk Watson said.

But momentum is building in the Texas Legislature to change the law and permanently keep the names of execution drug suppliers under wraps. The state House is expected to also consider the measure this week.

The office of Republican Attorney General Ken Paxton has said that execution drug manufacturers won't sell to the state without total confidentiality. Suppliers who have reported being threatened by death penalty opponents say they won't take the risk.

Last year, The Associated Press reported that Texas officials have offered scant evidence to support their claim that compounding pharmacies supplying the state with execution drugs would be in danger of violence if their identities were made public. The AP has found no evidence of any investigations in Texas into threats against such companies.

The Texas Department of Criminal Justice has said it has enough pentobarbital to carry out two more executions scheduled over the next several weeks, meaning the prison agency would need to replenish its supply of the difficult-to-obtain sedative for capital punishment use or find a substitute drug to replace it.